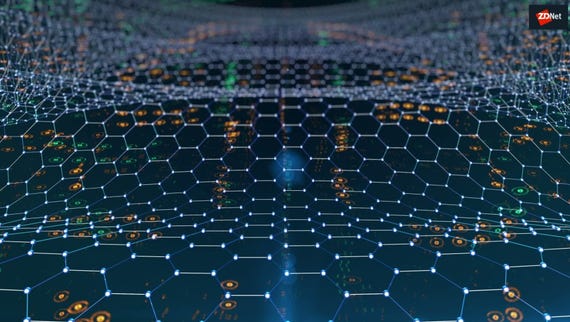 The Li-Fi Research and Development Centre at the University of Edinburgh is supporting the trial at Kyle Academy in Ayr. It is being overseen by Scottish Futures Trust as part of the Scottish Government's Digital Strategy. Scotland's Minister for Energy, Connectivity and the Islands, Paul Wheelhouse, visited the school to view the project.

The Li-Fi complements the Wi-Fi rather than attempting to replace it.

Haas said: "This world's first pilot not only offers secure connectivity in a school, but hopefully inspires the next generation to join us in innovating for humanity and prosperity."

In other pureLiFi trials, mobile phone network operator O2 has installed nine LED bulbs in its headquarters in Slough, and Devonport Dockyard in Plymouth is using the system with the Royal Navy. The IEEE already has a task force working on Li-Fi standards for 802.11.

Li-Fi works by varying the current to an LED light bulb, so it works with off-the-shelf bulbs. LED lights are semiconductor devices so the brightness can be varied at high speed, providing a potential bandwidth of up to 224 gigabits per second. The flickering is too fast to be visible to the human eye, but the variations are collected by a sensor that converts them into electrical signals.

Because Li-Fi uses light, it doesn't leak radio signals or cause interference problems. It can therefore be used in almost any environment including hospitals and petrochemical plants, and on aircraft. It also means that data can be transmitted by "smart lighting" systems in buildings or even by street lamps.

The more lights you have, the more data you can transmit. pureLiFi says that one LED bulb transmits 42Mbps, so if you have six integrated bulbs in a room you can reach 252Mbps.

Li-Fi signals cannot pass through walls or blinds, and users can literally see how far their data is going.

There are some drawbacks. Li-Fi's range is very short -- up to about 10 metres -- and it won't work with the phone in your pocket "unless you have a transparent suit".

Nor can it be used in the dark, though pureLiFi says it can handle communications down to 60 lux, when a room will still appear to be dark. The minimum light level for reading a book is about 400 lux.

Pricing could also be a problem for early adopters, but -- as with Wi-Fi -- that would change with miniaturisation, Li-Fi becoming an IEEE standard, and universal adoption.

PureLiFi says "the goal is to have Li-Fi embedded in every wireless mobile device". At that point -- as with Wi-Fi -- network providers would cover the cost of broadcasting data but it would be almost free to consumers.

It might take a while. The first wireless network was installed in 1971, when ALOHAnet connected the University of Hawaii to the internet. Many local area wireless networks followed, using a variety of technologies. Wi-Fi as we know it only appeared 30 years later, after Wi-Fi branding, interoperability testing and certification made it attractive to consumers.

This lamp wants to replace your Wi-Fi with light, but it can't CNET

Broadcasting the internet over light might be the future, but the future isn't here yet.