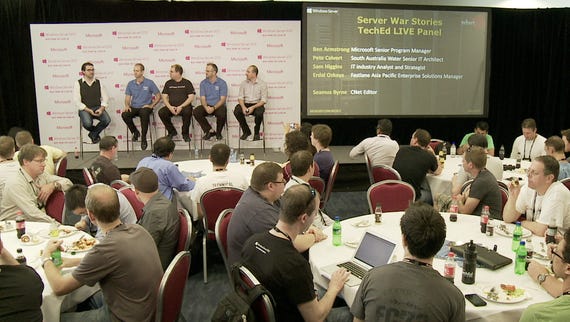 How many server disaster stories (or close calls) do you think the average system administrator has under their belt?

We're guessing that the answer would be a lot. Everyone who works with servers has heard of a story or experienced a breakdown. In a long career, it's impossible not to. Often, it's no one's fault; it's just a fact of life.

On September 13, ZDNet hosted a webcast, in which a panel of experts reminisced about some of their best server war stories — the ones where everything suddenly went pear shaped, until someone found out what went wrong and fixed it.

These experts will talked about what caused the problem, what they did to make things right, and how they prevented it from happening again.

They also opened up about what they hate most about servers, new features they've loved or loathed, and the things they wish they could change.