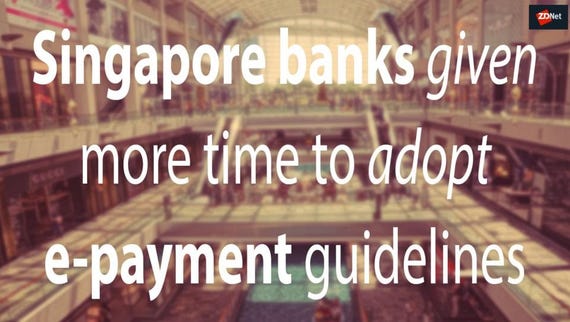 Banks in Singapore have been given more time to implement e-payments user protection guidelines originally scheduled to come into effect January 31. The Monetary Authority of Singapore (MAS) says it acceded to the banks' request for a delay due to the scale and complexity of complying with the new rules.

The industry regulator first announced plans for the protection guidelines in February last year as part of efforts to better safeguard consumers and drive the adoption of e-payment platforms in the country. The guidelines outline the responsibilities of financial institutions and e-payment users in securing e-payment transactions as well as streamline error resolution processes when money is sent to the wrong recipient. The guidelines also establish standards for apportion liability between financial institutions and consumers in the event of unauthorised transactions.

It noted that the revised commencement date for the new rules had been rescheduled for June 30, 2019. MAS also urged consumers to enable notification alerts for digital payments, including credit card payments, funds transfer, and cash withdrawal, where their bank was able to offer such services.

An October 2018 study released by VMware revealed that only half of Singapore consumers believed e-wallets and payment apps were adequately secure. Another 65 percent believed likewise for mobile banking apps, the lowest amongst six Asian markets, while 81 percent still deemed cash to be the most secure mode of transaction, rating the payment option between 7 and 10 in terms of security.

The Singapore government is keen for the country to become a cashless society, investing efforts to drive higher adoption of e-payments in the country, such as the rollout of a single, unified POS terminal and the introduction of a peer-to-peer funds transfer service that enables users to pay and receive money using mobile numbers. It also launched a universal QR code that it hoped would better facilitate payments amongst different payment schemes, e-wallets, and banks.

Industry regulator seeks public consult on e-payment guidelines it says are aimed at protecting consumers and driving wider adoption of such payment platforms.

Stressing the need to improve user interface, Monetary Authority of Singapore says it will lead plans to develop standardised QR specifications by year-end that support local and international payments.

Country is assessing other jurisdictions to decide whether to regulate e-payment surcharges to encourage cashless adoption, but says it currently wants to focus on pushing low-cost options to spur market competition.

Join Discussion for: Singapore banks given more time to adopt...