Heather Clancy is an award-winning business journalist specializing in transformative technology and innovation. Her articles have appeared in Entrepreneur, Fortune Small Business, The International Herald Tribune and The New York Times.

This story was updated June 12, 2014, to correct the total funding amount.

As it doubles down on its quest to woo non-technical users from midsize businesses, big data analytics company SiSense has nabbed $30 million in new funding. 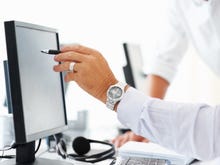 The financing was led by DFJ Growth, and also includes money from existing backers Battery Ventures, Genesis Partners and Opus Capital. "Customers rave about SiSense and its ability to easily integrate multiple data sources, scale beyond competitive solutions, and be adopted directly by business users with little to no support needed from IT specialists," said Randy Glein, managing director of DFJ Growth, in a statement.

With the addition of this new round, the company has raised $50 million.

SiSense 5 (released earlier this year) is a dashboard that allows users to create and customize analytics reports based on data from multiple sources, including internal applications and sources across a company's cloud services. The company's big pitch is that you don't have to be a programmer to assemble those reports. "You can do what used to only be achieved by a data warehouse," said Eldad Farkash, co-founder and CTO of the company.

The company realized "from day one" that the way to distinguish itself from other players in the business intelligence and analytics category, it needed to focus on making setup simpler and on accommodating a broader array of data sources, Farkash said. "The first unusual thing is that it combines both database and dashboarding," he said. "It allows you to join tables and fields from many places. It's not just about scaling, it's about mashing up the models."

SiSense counts Target, eBay, ESPN, Samsung and Wix among its high-profile customers (it has more than 500 altogether), but the core of its accounts can be found among midsize businesses.

Among other things, Act-On uses SiSense to track information such as customer support interactions that helps it better understand customer churn and provide insight about which accounts might be at risk.

"It has given me a form of predictive analytics. I'm able to identify something before that something happens," Levine said.

SiSense doesn't disclose pricing on its Web site, but its basic plan is targeted at fewer than 10 users.