Sony Pictures has taken a $15 million hit to its finances as part of "investigation and remediation costs" relating to a cyberattack late last year. 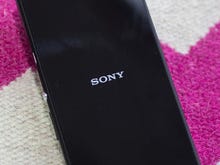 Launching a counter-attack against hackers using another company's systems won't just break their agreement, but it's also illegal.

In the company's latest fiscal third-quarter preliminary earnings, which landed late because the attack took out its financial and other systems, the overall impact for the fiscal year will "not be material," however.

The media and technology conglomerate was hit last year by a cyberattack that took out much of its network.

The cyberattack, which left Sony's systems crippled and terabytes of data leaked online including email inboxes and confidential memos, was considered a "serious national security matter" by the Obama administration.

North Korea was blamed for the attack, which was said to be in retaliation from a movie produced by the studio that depicted the assassination of its leader Kim Jong-un.

The movie was pulled from cinemas after threats from the alleged hackers, but was subsequently released online and on streaming platforms following criticism from President Obama.

Sony did not disclose how much revenue it missed out on from not showing the movie in theaters, but some estimates suggest as much as $100 million in lost revenue.