They don't call it the Silicon Savannah for nothing. Over the past decade, Kenya — the birthplace of such innovations as mobile money and numerous headline-grabbing new apps — has firmly established itself as the technological heart of East Africa. The Kenyan government has prioritised the IT industry, even designing a $10bn new 'smart city' called Konza and attracting the likes of IBM , Nokia, and Google, which based its first African headquarters in Nairobi. 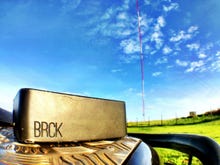 Non-profit tech company Ushahidi surpasses its $125,000 funding goal for its 'backup generator to the internet' with seven days to spare.

But despite the investment pouring into its IT sector, Kenya’s mobile networks still seem stuck in the slow lane. Neighbouring Uganda and Tanzania have forged ahead with newly-established 4G LTE networks, as have a number of other African countries like Nigeria and Ghana. Kenyan operators, on the other hand, still have nothing but 3G networks to offer their customers.

If Kenya seems to be losing the data game, it's due to a number of factors, says Mortimer Hope, director of spectrum and public policy in sub-Saharan Africa for the GSM Association. One is that Kenyan IT policy is unusually consultative, and getting feedback from all the relevant stakeholders takes time. Another is that, with so many mobile subscribers and so much pressure on the country’s spectrum, making enough spectrum available for operators looking to build an LTE network has not been easy.

The Kenyan government has, it thinks, found a solution in the form of a single wholesale network (SWN), an open-access wireless broadband network built through a partnership with investors and run by the government itself. Capacity on this new network would be sold to operators on a wholesale basis, thus maximising spectrum efficiency and, the government agues, cutting costs for operators. But as plans for the SWN crawl forward, Kenyan policymakers are finding that the country's dynamic private mobile operators are not as patient with the consultative process as they are.

Late last year Safaricom, Kenya's largest operator, pulled out of the talks and announced plans to build an LTE network of its own. The glacial pace of the public project was holding back Safaricom's own plans for LTE, the company claimed. Following Safaricom's recent acquisition of yuMobile and the spectrum that came with it, CEO Bob Collymore told shareholders that the company has successfully tested LTE in Kenya and planned to launch 4G services within the next financial year.

Kenya's ICT Authority insists that despite the loss of Safaricom, plans for an SWN are still on track, and that the end result will mean cheaper internet for both operators and end users. "Some companies want to have their own infrastructure, but they stand to reap more from shared access in terms of their capex," Andrew Lewela, project manager for Kenya’s ICT Authority, told reporters after opening the Connected Kenya sponsors' forum in January. "We prefer a market approach in having them invest in shared infrastructure."

The Kenyan government isn’t alone in its reasoning. Although there are no examples yet of an operational SWN, other states around the world have been considering similar schemes, including Mexico, Rwanda, and South Africa. "There may be a perception that the existing operators have not rolled out coverage nation-wide as quickly as the governments would want to," Hope says. Plus, he adds, "there is usually some concern about affordability".

But while governments can play a role in expanding mobile services to underserved areas that market competition might not ordinarily reach — rural Kenya, for example — a new report by the GSMA finds that SWNs are probably not the key to network coverage.

"Network competition has driven mobile network coverage for 1, 2 and 3G networks further and faster than has been achieved by single networks. We would expect this to apply to 4G coverage too," reads the September report, Assessing the case for Single Wholesale Networks in mobile communications. 3G population coverage is 36 percent higher in countries with network competition, the report adds, and overall coverage in these countries also increased three times faster.

The main problem with single networks, Hope says, lies in the simple fact that they operate as monopolies, and are thus less motivated to stay on the cutting edge of technology. "There isn’t the incentive for them to invest and upgrade technology as quickly as a private enterprise would. So as with all monopolies they would keep their prices high and their service levels would usually be quite bad," he says. 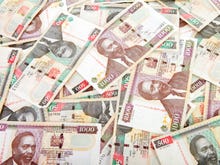 This lack of technological agility, combined with political squabbles about who will benefit first from network rollout, is bound to make such a project cumbersome and slow, Hope says. None of this will inspire confidence in investors, so when the government eventually finds their SWN too expensive to maintain, fresh capital will be difficult to come by.

This isn't to say that poor network coverage in hard-to-reach areas isn't something governments should be addressing, Hope says. But instead of a national government-run network, he says, public funds could be used to encourage private operators to expand their services into less profitable parts of the country.

"For instance, when they license the new spectrum, the government could use the terms and conditions to insist on some roll-out obligations," he suggests. "Or subsidies could be used and the existing operators would bid for those subsidies on condition that whatever network is built would need to be open-access."

Instead, Kenya's planned SWN will find itself going head-to-head with Safaricom as the mobile giant launches a network of its own. If public contracts are channelled toward the government-run network, as they may well be, the country's ICT Authority could end up defending itself in court on charges of anti-competitive practices. This is not a battle the government would necessarily win, Hope says.

Despite the rocky road ahead, Kenya's SWN will most likely be rolled out within the next few years. "But the long-term viability is questionable", Hope says. "The whole world has moved away from monopolies. It seems like a step backward to implement monopolies now."