Full Bio
Posted in Between the Lines on August 21, 2013 | Topic: Social Media

SugarCRM has completed a major round funding, drawing in approximately $40 million from Goldman Sachs. 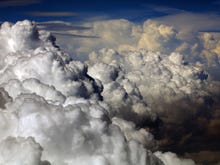 Cloudant raises $12m in funding for database as a service The Series B funding will be used to help Cloudant grow in size and improve its product offering.

Piper Jaffray & Co. served as financial advisor to SugarCRM during the fundraising round.

Goldman Sachs Antoine Munfa has also been appointed to SugarCRM's Board of Directors.

The enterprise software company didn't offer specifics as to what the latest cash grab will go to, with the exception of global expansion.

The good news apparently doesn't stop there for the enterprise CRM player.

As of the second quarter of 2013, SugarCRM reported that it has experienced at least "15 consecutive quarters of growth" with annual recurring revenue up by more than 30 percent year-over-year.

However, still no word about that rumored IPO .

Join Discussion for: SugarCRM secures $40M in funding from Goldman...