Tata Consultancy Services (TCS) is expecting to get a boost in its next fiscal year thanks to an improving economy in its largest market in the United States. 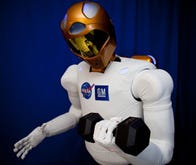 "In the U.S., there's a lot of positive mood. Companies are feeling that there are growth opportunities," said N. Chandrasekaran, CEO of TCS, in a Reuters report. "We expect discretionary spending next [fiscal] year to see an uptick based on the conversations we have had."

Discretionary spending typically supports longer term projects and indicates the health of the industry, noted Reuters. It added US$108 billion-a-year sector draws about three-quarters of its revenue from customers in the United States and Europe.

Chandrasekaran added he expected pricing for TCS's services to remain stable in the next financial year.

In October, TCS booked its strongest volume growth in nine quarters for its Q2 results in line with positive results from the rest of the industry. It had booked a net profit of US$748 million on the back of a 14 percent rise in revenue lifted by the rupee's depreciation.