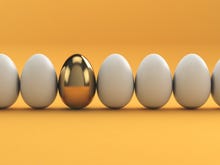 'Like our software? Buy a bit of our company'

Equity crowdfunding is a relatively new practice, and Italian startups are among the first to test it out. Without VC support, can companies use equity crowdfunding to turn investors into customers and vice versa?

Every telco worth its salt seems to be getting involved with the startup scene , and Telecom Italia plans to be no exception.

Italy's incumbent telco announced on Thursday that it will be offering seed investment of €4.5m to online services and green IT startups as part of a three-year project.

The funding will be made available in parcels of between €100,000 and €500,000 in return for options majority stake in the startup, Telecom Italia said.

The programme is "intended to fund the launch of appropriately selected young technology companies, helping them grow and gain a foothold in the market", according to the telco.

It's not the first time the company has put its cash into startups: its already been targeting digital, mobile and green startups with its Working Capital program, set up in 2009. As part of the initiative, Telecom Italia has funded 19 startups with grants up to €25,000 each and incubated tens more through its accelerators in Milan, Bologna, Rome and Catania.

It also plans to add crowdfunding functionality to the Working Capital website, to allow users to back the startups themselves. Crowdfunding is a relative novelty in the country, which recently passed legislation allowing online backers to take an equity stake in a startup .