Telefonica has moved to strengthen its position in Latin America by agreeing the purchase of Brazilian broadband provider GVT from French media firm Vivendi, in a deal worth around €7.2bn.

The deal is made up of €4.6bn in cash, from which a bank debt of around €450m and adjustments in working capital will be deducted, both companies said in a statement. As well as the cash, Vivendi will receive 7.4 percent of shares of Telefonica Brazil, valued at around €2.02bn.

Vivendi will also receive 5.7 percent of Telecom Italia shares, which is valued at around €1bn. What's interesting about this aspect of the deal is that, while Telefonica is Telecom Italia's largest shareholder , the two are competitors throughout the South American market. In fact, Telefonica raised its offer for GVT specifically to price Telecom Italia out of the deal. 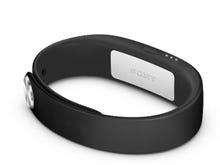 Telefonica does wearables deals with Sony, Samsung, and LG

One of Europe's biggest telcos plans to work with the hardware companies on getting its services onto their kit.

Buying GVT will increase Telefonica’s share of the Brazilian broadband market to just over 30 percent, bringing it much closer to leader America Movil, which has around 32 percent of the market, and edging it ahead of third-placed Oi, with around 26.6 percent.

It is expected that Telefonica will combine its GVT offerings with its Vivo brand, which sells fixed and mobile telephone services as well as home broadband and TV services.

The Spanish firm said the deal will provide a boost to its converged offerings in the Brazilian market. "The new Telefonica Brasil resulting from the integration will enhance its leadership as the country’s integrated telecommunications operator, leader in both the mobile and broadband segments, with national coverage and an increased exposure in the high-value segment," it said in a statement.

Latin America is a highly important market for Telefonica, with around 50 percent of its consolidated revenue coming from the region.

As for Vivendi, the deal is the latest in a long line of sell-offs the company has made to reduce its debt and to focus more on its media and content business. It reduced its stake in video games maker Activision Blizzard and has sold its stake in French mobile operator SFR .

This deal is expected to close during the first half of 2015, subject to the standard approval by regulatory authorities.