Norway's second largest mobile operator TeliaSonera announced plans to acquire smaller rival Tele2 for SEK 5.1bn (€540m) in July last year, a move that would have left the country with two mobile operators in charge of over 90 percent of the country's mobile market.

The Norwegian regulator, the Competition Authority (Konkurransetilsynet), announced its objections to the deal in October, leading TeliaSonera to offer remedial measures designed to allay competition fears. The authority extended the deadline for its final assessment of the deal until today, when it announced it has now decided to let the merger go through, subject to some conditions.

Tele2 decided to sell up after a key spectrum auction held in December 2013 when it failed to win extensions to expiring spectrum licences. New operator ICE won the spectrum instead. 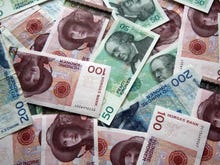 This put Tele2, the third largest mobile operator in Norway to have its own physical network, in a very difficult position. The Norwegian government has always been very adamant about the need to keep three separate mobile networks in Norway in order to ensure healthy competition.

"In our discussions with TeliaSonera, the Competition Authority made it clear that a third network operator with a certain customer base is vital to ensure continued competition on price and quality. The commitments offered by TeliaSonera provide a real opportunity for a third mobile network operator to enter the market and to compete for Norwegian mobile customers," the Competition Authority's director Gjermund Nese in a statement.

To counter the watchdog's concerns that the acquisition would lead to higher prices and less competition, TeliaSonera offered a number of commitments:

The sale of the network was entirely expected, however, as the government has not been willing to let go for there to be three distinct mobile networks operating in the country.

"Competition for Norwegian mobile customers occurs primarily between companies with their own mobile network. The final commitments offered by TeliaSonera provide the basis for the development of a third mobile network in Norway. For that reason, we can now clear this acquisition," the Competition Authority's director general Christine Meyer said.