Is the concept of a tech detox about to go mainstream? Probably not, but there are a few data points indicating that more people -- especially in the tech industry -- are starting to realize too much connectivity via your smartphone can be a bad thing. 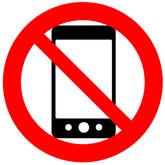 Fix your life with smartphone-free Sundays

Reduce your device-induced anxiety by leaving your phone home at least one day a week. And cook up some ribs and have a few margaritas while you're at it.

A few anecdotal items worth noting:

What's notable about these small developments is that there's a gap between the masses and what tech execs seem to be figuring out. In New York it's fairly common to see someone checking their phone, not looking up and almost begging to be hit by a bus. When will that person realize that the text can wait? 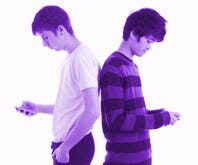 Should mobile device management be strictly for enterprises? Perhaps we should consider it as an enabling technology for parents so they can protect their children.

It's unclear when the two camps will collide, but I'd guess that in a few years that the smartphone may be seen more as a shackle. The tech industry is trying to tell us that a smartwatch is the cure, but you could argue that the problem of overload just moves to your risk.

Research on the topic of overload and device addiction is just picking up. The University of Missouri found that smartphone separation can have serious psychological and physiological effects on iPhone users. Yes, the iPhone is an extension of you and if it goes away there's a lessening of self.

The University of Iowa also examined the impact of smartphone addition. Here's a portion of the questionnaire in the study.

Bottom line: These developments will have to be addressed at some point on the personal and professional levels. The question is how to get balance. I'd argue that some form of tech detox -- however small -- is going to be a necessary requirement.