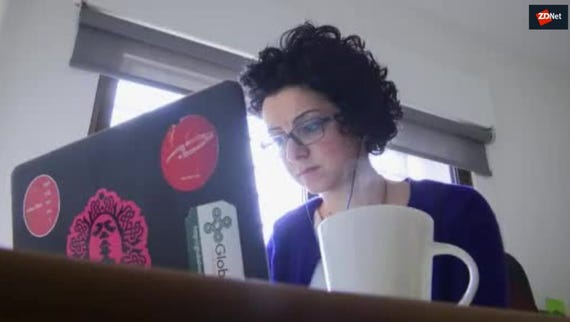 TANSTAAFL. If you've read your Heinlein, you know it's an acronym for "There ain't no such thing as a free lunch." That phrase has actually been around since the days of Old West saloons. If you bought a drink, the saloon would provide you with a free lunch. There was a catch, of course. The lunches were so salty that patrons wound up buying more and more drinks, to slake their thirst.

Which brings us to VPN services. To recap: VPN (aka Virtual Private Network) is a term used for services that allow you to encrypt your internet traffic between your computer and a destination computer on the VPN service. This is particularly necessary when using something like a hotel's open Wi-Fi service, so that other guests can't watch all your traffic and steal juicy bits, like credit card numbers and passwords.

If you don't know which VPN service to use, I compared several commercial VPN providers in The Best VPN services of 2021, analyzing them against 20 different factors.

That directory was a study of commercial VPN services. I limited my analysis to commercial services for a reason: TANSTAAFL.

There are also many free VPN services, but I don't trust them. You probably shouldn't either.

Here's the thing: Running a VPN service is expensive. You need either servers and data lines, or you're paying a cloud vendor like Amazon for every bit received, sent, and stored. Either way, it costs money. So, think about this: If you're running a free VPN service, how do you pay for all that expense?

You. In the back of the room. I see your hand up. "Ads," you say. Yep, that's a possibility. Some free VPN services plaster ads on your browser display and sell those to whomever will pay.

I see another hand. "Stolen data." That's a possibility, too. If you were a criminal organization or a terrorist ring, and you wanted to pick up a lot of credentials quickly, one easy way would be to open up a free VPN and wait for people to just hand you their secret information. As P.T. Barnum is said to have said, "There's a sucker born every minute."

TASBEM. In other words, TANSTAAFL.

OK, one more. "Lead in for upgrade sales." Yeah, that works, too. Some vendors will offer a small amount of free access and when you eat up that bandwidth, they'll ask you to upgrade. "Try before you buy" is a proven method for selling services; it's perfectly legitimate; and it's often good for both the vendor and the customer.

You may also see some universities, activists, and other well-meaning groups offer free VPNs, but the problem is that they are resource constrained. That means that you're bound to see either slowdowns or stoppages because they can't afford the resources needed to provide the service. Some of those groups might also harvest information as you use their services, for use sometime in the future to further whatever their agendas might be.

The bottom line, though, is this: It's just not worth risking your personal and financial data on a free VPN service. The VPN services I rated range from about $6 to $12 per month, or about $40 to $120 per year. It's usually a better deal to pay for the whole year at once.

The cost of identity theft keeps going up, both in out-of-pocket expenses and in the time and hassle to clean up the mess. When it comes to a service that's designed to transfer your personal credentials and keep them safe, isn't it worth spending just a few bucks to save potentially thousands of dollars, hundreds of hours, and an unmeasurable amount of stomach acid?

For me, it is. I'm using a commercial VPN right now, as I write this. For the peace of mind and digital protection, it's a few bucks well spent.

*By the way, if you haven't read Robert Heinlein's The Moon is a Harsh Mistress, I recommend it highly. It's a Hugo and Nebula-award winning novel. One word of warning: It's quite political (1960s political). But it's also brilliant science fiction -- a must read for any serious student of the genre.

Join Discussion for: The best free VPNs: Why they don't exist