By Charlie Osborne for Between the Lines | February 8, 2018 | Topic: Innovation 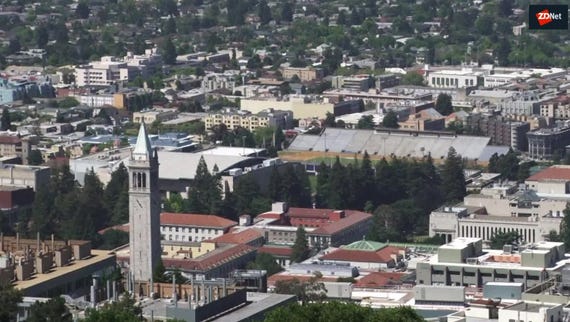 The City of Berkeley is considering cryptocurrency as a way to raise funding for social projects in light of potential federal funding cuts and new tax laws.

As reported by Business Insider, the Californian city is debating whether holding an Initial Coin Offering (ICO) holds merit as a way to raise additional funds.

ICOs have become popular of late. Despite some of these events being targeted by cyberattackers and fraudsters, leading to the loss of investor funds, they can also benefit startups and other organizations as a means to secure investment without the need for traditional financial backing.

Investors that participate in ICOs trade cryptocurrencies such as Bitcoin (BTC) and Ethereum (ETH) for tokens in a project.

In the city's case, these tokens would be backed by municipal bonds, which are securities issued by local governments.

According to the publication, these tokens could then be spent at retail outlets or for general living expenses, such as paying the rent.

The main focus of a potential ICO would be in order to raise the funds necessary for key city projects including the development of affordable housing and support services for the homeless. The funds could be used immediately for these projects and the investors -- which would then also be city bondholders -- would be paid back with interest over time.

The City of Berkeley has a homeless population of at least 1,000 individuals. According to the city's Health, Housing and Community Services Department, the issue is largely economic, with an 89 percent increase in average rent costs for apartments since 2011.

Homelessness is a serious issue and has led to the establishment of encampments across the city. President Trump recently called California "out of control" and has hinted at withdrawing federal funds from the sanctuary city.

According to Berkeley City Council Member Ben Bartlett, the idea is still at a discussion stage, but under new tax laws the budget for affordable housing is expected to shrink -- and so the city must find a solution separate from any federal backing.

If the concept goes beyond discussion to approval, an ICO could be launched as early as May.

This is not the only example of cryptocurrencies and ICO exploration for the sake of a social goal.

Over in Venezuela, President Nicolas Maduro is calling for support for a state-backed cryptocurrency in an attempt to bring the country out of its economic crisis. The cryptocurrency, dubbed Petro, would be backed by oil, gas, and precious metals.

Updated: The malware is targeting and compromising thousands of devices to mine cryptocurrency.