The Middle East's ICT landscape has been put under the microscope by the World Economic Forum (WEF), with new rankings showing which countries are putting IT to best effect in the region.

In the Middle East, Israel is highlighted as the regional ICT leader (ranked 15th globally), with Qatar (23rd) and the UAE (24th) leading the Arab World.

"The MENA region has been one of the most active in the world in terms of investing in ICT," Soumitra Dutta, dean of the Samuel Curtis Johnson Graduate School of Management at Cornell University and one of the editors of the report, told ZDNet.

"In fact, some countries such as Qatar and UAE perform very well on a global basis," he said, "with scores on the Networked Readiness Index much higher than many emerging markets in Asia and Latin America." The index looks at the performance of 148 economies in using ICT to improve their country's competitiveness and wellbeing.

As a result of this ICT investment — coupled with continued efforts "to improve ICT uptake and integrate ICTs better in more robust innovation ecosystems" — Israel and the Gulf Countries score significantly higher than their North Africa neighbours in the WEF rankings.

This may not be a huge surprise, but whereas these countries are maintaining, or improving, their rankings, the opposite is true in North Africa where all "countries — except Algeria — suffer significant drops and are positioned in the lower half of the rankings," the authors noted. 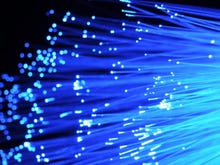 Inside the $25bn plan to get the Middle East online

In a region where internet access can cost 40 percent of a month's wages if it's available at all, there's much to be done before the benefits of broadband will be felt equally across the Middle East and North Africa.

There are many reasons for the change; which reflects some of the technological challenges faced in North Africa as these countries struggle to keep pace with other emerging nations.

In Egypt, for example, although ICT is seen as affordable (ranking 16th globally), yet government ICT uptake is deemed "average" and takeup among citizens is low, with less than half the population using the internet. Data from Nielsen published at the end of last year revealed that internet subscriptions in the country grew by just two percent to 44 percent last year.

Alongside this, limited adoption of ICT by businesses — both in the B2B and B2C  sectors — as well as "weaknesses in the political and regulatory environment (115th) and the business and innovation environment (117th)" all compounded Egypt's position in the WEF rankings; the country dropped from 80th to 91st place in the rankings.

Morocco saw a similar fall in its position, down 10 places to number 99. The country scored particularly poorly in terms of online services, coming 125th out of 148 economies.

Meanwhile, Algeria’s rise in the rankings — the only North African country to see an upwards move — was modest; up two places to 129th in the world. It's now just ahead of Ethiopia and Cameroon, but behind Bolivia, Nepal and Mali.

"With very poor general conditions for business and innovation development (145th), a poorly developed ICT infrastructure (127th), and very low ICT penetration across all stakeholders, it is not surprising that the country does not achieve higher economic (133rd) and social (140th) impacts [as a result of ICT]," the authors wrote.

There may not be many positives for Algeria from this analysis, but for some nations the story is more upbeat.

Morocco, for example, already has more than half of its population using the internet with individuals more likely to use the internet "than both businesses, where e-business still lags behind, and the government". If this gap can be reduced, then its ranking may improve.

Egypt, the region's most populous country, has recently revealed a series of new measures which suggest a slightly different approach, including an announcement it will invest EGP 85bn ($11.9bn) in high-speed broadband projects, as well as a promise to improve the affordability of communication devices for the general populace.

Although wider issues such as "framework conditions and overall innovation capacity" also need to be addressed, this twin track approach may help meet some of Egypt’s underlying ICT challenges. With 16 submarine cables passing through it — the second highest number of any country in the world, according to the Ministry of Communication and Information Technology — and nearly a quarter (23 percent) of internet users in Egypt going online via mobile devices, this focus on infrastructure and devices clearly has some merit.

Nonetheless, given their starting points, it's perhaps not surprising that Dutta looks to the Gulf, rather than North Africa, when asked which countries in the region are the ones to watch.

"Clearly Qatar and the UAE are performing the best today in terms of strategic ICT investments," he said. "However, the country to watch is Saudi Arabia which has a very young population and a lot of resources to invest in ICT."

Ranked 32nd overall, the WEF notes that the government (6th) "is leading the effort to digitally connect and advance the country," with the country possessing "a fairly business friendly environment (23rd)" although this is undermined somewhat by efforts to cut red tape (where the country ranked 107th).

If it can address this, as well as "strengthening its innovation system through more and more efficient investments to foster the scientific and technological capacity of the country," then efforts to "transition from a resource-based economy toward an innovation-driven one" may ultimately become a reality.