If cars are indeed set to become "smartphones on wheels", able to connect to the internet and each other, there are a few things we need to settle first. What kind of operating system will they run on, for example, and will they use proprietary or open source applications? Will upgrades to the car's underlying system happen as seamlessly as mobile OS updates do today, or will you have to call out a mechanic?

These aren't secondary considerations: they stand at the very heart of determining how the future of connected cars will play out. How the driver and the vehicle's onboard technology work together is one of the key issues that the automotive sector will need to address in the coming years.

Both the IT and automotive industries are moving quite quickly on connected vehicles, integrating new OSes and products into new products: Microsoft recently unveiled a 'Windows for cars' concept system, Apple has CarPlay, and Google is working on an Android-based vehicle system . Building on this, OSVehicle, a Chinese-Italian startup based in Hong Kong with R&D in Turin, wants to go even further, giving developers all the information they need to develop apps for vehicles.

"Most of the current in-car operating systems are closed, proprietary, and are used mainly for infotainment and navigation. In our vision, devices powered by operating systems like Android Auto will be able to operate instead as full dashboards through the vehicle's APIs," OSVehicle head of innovation Carlo de Micheli told ZDNet. "This new user interface will be open to external developers and could be used to manage and finetune other features of the car as well, from regulating the heating to switching on and off the lights to unlocking the doors and more." 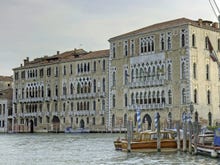 The future of Italian startups: Is innovation is taking a backseat to bureaucracy?

As is the case with smartphones, a whole app ecosystem could spring up around connected cars if manufacturers release the APIs necessary to allow apps to communicate with the car's control unit.

A first prototype based on OSVehicle's specifications, the Nika connected car, was showcased by the company in the Chinese city of Shenzhen earlier this month. In the startup's plan, a $300 Android tablet is all a driver will need to manage most of the vehicle's electronic systems - except, of course, elements involving critical features linked to on-the-road safety. These will be kept strictly separate from the other functionality, not least to avoid the risk that someone hacking the infotainment system could theoretically gain complete control of the car.

"You will not be able to accelerate by just tapping on a tablet, obviously, but there are a lot of other things that can be controlled remotely via a mobile device, in a way that's much cheaper and simpler than is possible nowadays," De Micheli says.

"Take Bluetooth, for instance, or the anti-theft alarm. Right now, you might pay €300 or more to install these optional extras and there's absolutely no reason for them being so expensive. With a tablet communicating with a chip in a car, you could have the same functionality and pay much less. Bluetooth is already included in the device, and as for the alarm, you could simply download an app that alerts you when the vehicle is moving, using the GPS feature and the tablet's accelerometer."

The tablet could be fixed in the car or removable. Such concepts are already gaining ground: one model that served as inspiration for OSVehicle is the dashboard touchscreen used by Tesla in its Model S car. Meanwhile last year, Renault launched an Android-based in-vehicle infotainment system, R-link, but it's less open and more limited in scope than the one OSVehicle is proposing.

The key difference between the two visions is that, as both Tesla and Renault are also manufacturers, they want to maintain a certain degree of control over their cars' ecosystems, while the Chinese-Italian startup sees itself more as an enabler that allows others to built on top of a given platform.

The company is hoping to play that role both with regards to the software which underpins the car and the hardware - the car itself.

Before launching the Nika, OSVehicle was best known for having built the first DIY open source electric vehicle, which could be assembled in less than one hour. Its core element was Tabby, a universal chassis that comes flat packed in easily transportable crates - a bit like Ikea furniture - and could be made longer or shorter to create vehicles with either two or four seats, or to increase cargo capacity.

But fans of the platform could also decide to build a vehicle partially from scratch - the chassis, at least. In accordance with the open-source approach of the company, the blueprints to allow users to 3D print the body are available to download from OSVehicle's website. The goal is to let anyone customize the project and adapt Tabby to their own needs. So far, ideas for customization include using Tabby as a platform to create small electric farm machines in the Netherlands and to integrate solar technology into public transport.

While these ideas are still at the planning stage, other projects have already become a reality, including BusyBee, a road legal city car, and Luxury Ev, a stylish sedan built by automotive maker Società Piemontese Automobili.

OSVehicle's open source hardware framework is unique and if it gains traction, it could represent a revolution in the way the automotive industry is structured, ushering in car production by small and medium-sized companies and new startups, in a one room factory.

Join Discussion for: The project that wants to bring an open source,...