By Charlie Osborne for Between the Lines | September 23, 2020 | Topic: Networking 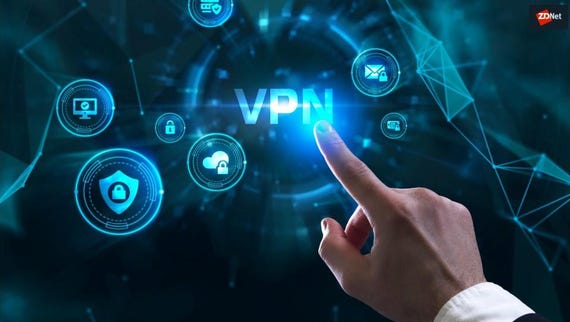 VPN: Your guide to staying safe on the internet
Watch Now

Whether you are in a remote setting or living in a densely-populated city, the sudden disappearance of your internet connection can be incredibly frustrating.

For the 400 residents of Aberhosan, a small rural village near Machynlleth, Wales, the loss of broadband and problems with their BT lines have occurred for 18 months, with signals simply vanishing on a daily basis -- and a single television set was to blame.

You may expect more issues with internet connections if you live in a remote area in the United Kingdom, as they are rarely first in line for cable upgrades. Indeed, a retired lawyer who lives in the Lake District was recently quoted £500,000 by BT to install high-speed broadband in his home.

See also: What is the quantum internet? Everything you need to know about the weird future of quantum networks

However, in Aberhosan, the perplexing issue was that broadband connections disappeared at 7am, every day, like clockwork.

Scores of engineers came and went over 18 months, answering the residents' frequent complaints, including those made by 79-year-old retiree Bill Childs.

As reported by the Guardian, Childs said that he had broadband problems for "as long as I can remember," with between 30 and 40 engineer visits made to his house alone over the past few years.

BT's Openreach engineers were left stumped. Eventually, Openreach sent a squad of engineers from the firm's chief engineers office, who descended upon the village to check and test every line, replacing cables as they went.

Openreach called the crack team the "telecoms equivalent of 'SAS'."

Determined to get to the root of the issue, Openreach engineer Michael Jones said the engineers wanted to see if the fault was caused by Single High-level Impulse Noise (Shine), in which "electrical noise" coming from an appliance -- including television sets and microwaves -- was causing connections to fail.

Standing in the pouring rain from 6am, the engineers waited for the next hour with a Spectrum Analyser in hand, ready to trace back any electrical interference.

At 7am, a burst of electrical noise was detected, leading the team to a house belonging to an unnamed resident -- and their old, secondhand television set.

The resident turned on their television every day at 7am, and by doing so, wiped out the entire village's internet connection.

TechRepublic: How a tech company CEO's politics impacts the decision of potential hires

Jones said the individual was "mortified" that they were the cause, and happily, agreed to turn it off and not use the set again.

There have been no further reported issues with the village's broadband.

"We'd just advise the public to make sure that their electric appliances are properly certified and meet current British Standards and if you have a fault, report it to your service provider in the first instance so that we can investigate," Suzanne Rutherford, Openreach Chief Engineer's Lead for Wales, commented.

By Charlie Osborne for Between the Lines | September 23, 2020 | Topic: Networking