Imagine a world without credit card fraud. Impossible, you might say. And you'd probably be right. But any effort to rein it in helps.

Every time your bank card is cloned or skimmed from an ATM or by scammer, or stolen from a website or a phishing attack, your credit card is wide open for a thief to use until you catch on and cancel it. 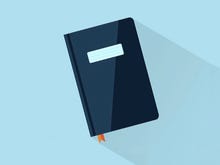 That might soon be a thing of the past, thanks to one technological advancement: A credit card with a rotating security code.

The credit card, dubbed Motion Code, contains a small display in the reverse of the card across the signature strip which randomly generates the card's new security code -- the card verification value (CVV) -- every hour, according to The Memo, which spoke to the company, Oberthur Technologies. This makes the card useless for any thief who has the card's number without the new CVV.

The downside for the user is that they will have to enter the auto-generated security code every time they make a purchase. Bad news for anyone who's memorized the numbers on their card.

It's not the only downside, though. The card will prevent online credit card fraud, but won't help if a thief steals your physical credit card. (My million-dollar idea? Every credit card should come with the owner's photo. There, you can have that one for free.)

Two major French financial institutions, Société Générale and Groupe BPCE, are readying the cards for a wider rollout. Poland has already seen some successes with the cards in a separate trial.

If all goes well, a trial may be on the cards with a UK bank soon.