Samsung Electronics now seems to have mastered the production of the "curved" display. Having a model like Galaxy Note 7 that boasts high shipment volume with a dual-edge display signifies the South Korean tech giant is confident about its production yield rate as well as controlling costs.

It seems a sure thing that the firm will launch more models with the now signature curved display, perhaps even for the mid-end, in the future. So, now, how about that foldable one?

"Foldable will have a huge effect on the device industry [if realized]. It is an area we really want to do," said DJ Koh, president of Samsung's mobile division, at a press conference at the sidelines of the Unpacked event for the Galaxy Note 7. "Looking at our current technology, we need more time to provide meaningful innovation and ease of use." 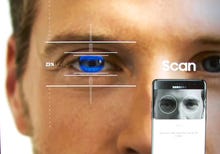 "We have conducted multiple tests to see if we can prepare it by the end of this year or the first half of next year, but I can't make any promises. If we do go foldable, we need very different software and UX, and we are preparing them at the same time, but to have consumers say, 'that is a meaningful product,' will take some time."

Earlier in June, Bloomberg claimed that Samsung was preparing to launch a foldable model to launch in 2017.

The interest for foldable phones remains high and has been teased multiple times in the past. Samsung Display, Samsung Electronics' display making sibling, continues to show prototypes at tradeshows. But making a phone with a display that can be folded and unfolded back and forth remains much more difficult than making a display with a fixed curve due to some practical obstacles. Another is, as ZDNet earlier pointed out, finding a practical use case for it, which is a the harder question to answer. Here is why.

Producing the foldable display for the phone remains the biggest challenge. Making them in itself is not a challenge for Samsung -- it's making them at a cost that justifies mass production.

Even for the current fixed curved ones, it took Samsung a year and a half of real production experience to master. The problem was the relatively high defect rate. No production line has a 100 percent yield rate, but the goal is to have them reach 80 to 90 percent.

But how bendable does Samsung want the display to be? The more bendable it is, the more durability becomes an issue. During internal testing, how many rounds of "bending" the display survives is a critical issue. Because eventually, in the middle of the display, a white crack will appear that breaks transparency (but then again, just looking broken and ugly will be the bigger issue for consumers).

And depending on how bendable it is, the whole use concept for the phone will change. Can it be folded and placed at the deck of my car like a stand? Does it fold in half so that I can put it in my jacket pocket?

The body, especially the battery

Another challenge is the main body of the phone, and the components that go in it. Components such as the camera module or image sensor won't be so difficult, because they are small enough and can be placed in fixed locations that are unaffected by the bending (for instance top or bottom). The printed circuit board can be made with elastic material and the circuits can handle some bending. But I see the biggest problem as the battery.

Design aesthetics will likely make Samsung prefer one big battery -- instead of say, two modules for each "bent" side -- but they already take up two thirds of the current conventional phones, and that is not enough power. It will be interesting to see what technology Samsung chooses to make a perfect battery for its foldable phone.

The material used for the main body will be another hard choice for Samsung. It has shifted completely to metal from plastic for its flagship phones. Plastic seems the logical choice, but enough finishing touches that highlight both the bendable aspect of the phone and remain appealing for consumers seems a must.

It's good that president Koh mentions this because it is an issue that is hardly mulled over, but is probably the most important one. This also has the biggest connection with finding the use case.

Just launching a foldable phone to use the same old UX on conventional phones seems not only implausible, but a waste of a good opportunity for Samsung to do something inventive with its software that can wow consumers.

Will the menu be divided into two once the phone is "double-upped"? Will there be enough software that utilizes the bending to its full capacity? Gimmicky stuff, such as say, having your e-reader shaped like a book to match the bent shape of the phone won't be enough.

There seems to be a lot of leeway to do something with pictures -- the ability to take three dimensional pictures could be interesting. But one thing to note is that most things around us that display pictures are designed as two dimensional. The TV or computer monitor atop your desks at home are all designed for two dimensional pictures. To sync new features with most day-to-day objects that are not bent will be very difficult.

These are all questions the Galaxy maker must answer, with some third-party help from the developers.

It's been two years since Samsung launched dual-edge smartphones, but phones that utilize the curve remain in short supply. Koh this week expressed hope that more developers jump to create more edge features.

The hardest task is this: Samsung needs to show that once it launches a bendable phone, it is committed to continuing the concept so that developers -- who create the content that is the lifeblood of any operating system or concept -- can commit as well. A bad launch the first time will make consumers lose faith in Samsung's brand, and more importantly, have developers turn their backs.

What better way to show the world and developers that you are committed than to launch at a time when all eyes will be on Samsung? The company's Unpacked events seems the logical choice here. Or, as it did with the first curve display concept (the Galaxy Round), it could tease it as a mid-end phone concept to see how consumers react to it. But the sheer inventiveness of the "bendable" concept seems too big to leak at a smaller stage than Unpacked.

The dual-edge concept has enough lifeblood in it to sustain Samsung's growth in mobile, as shown in its second-quarter results. The world's largest smartphone maker will no doubt take its sweet time until it unveils the foldable concept, and only when it is ready. But once it does, there will be no turning back the clock.

And is it just me, or does a transparent phone sound way cooler than a bendable one?

Join Discussion for: To fold or not to fold: Will Samsung really...