Total ban on smartphones in schools: Should others follow France's lead? 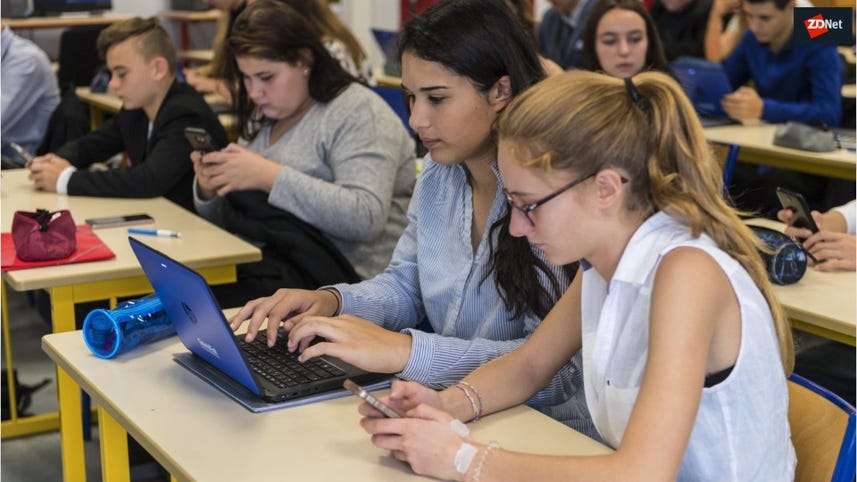 French kids are to be banned from using mobile phones while at school, the country's education minister has announced -- and some people really don't like the idea.

France first moved to ban mobile phones in primary and middle-school classrooms back in 2009, largely based on concerns about the potential carcinogenic effects of mobile phone radiation on developing bodies. There is as yet no clinical evidence to support such fears.

However, the use of phones on school grounds outside classes remains permitted -- for now. A full ban was part of president Emmanuel Macron's campaign platform earlier this year, and it seems set to be introduced in September next year.

Education minister Jean-Michel Blanquer announced the move on Sunday, saying: "These days the children don't play at break time anymore. They are just all in front of their smartphones, and from an educational point of view, that's a problem."

He added that it would be good to stop children from staring at mobile phone screens before the age of seven.

Blanquer suggested back in September that pupils arriving at school might be forced to deposit their phones in secure boxes, much as cabinet ministers must do before confidential meetings. At the time, a parents' association pointed out the logistical difficulties of doing so in a school with hundreds of pupils.

Philippe Vincent, deputy secretary general of the French headteachers' union, still sees problems with that idea, particularly when it comes to city schools with space constraints.

"Are we going to transform a school into a giant locker? I've done a little calculation myself: 5,300 state schools with an average 500 pupils each, that makes around three million lockers," he told The Guardian.

France is far from being the only country to ban phones in schools. In countries such as Sweden, the kids themselves even support such measures.

About a third of UK schools ban phones in class. When a Norfolk school introduced a classroom phone ban a few months ago, a French TV crew came to interview people to help inform the debate in France, and found teachers and children in favor of the move.

However, some places are considering rolling back their bans. Davide Faraone, the Italian under-secretary for education, complained last year that classroom mobile bans made no sense when the government is trying to digitize schools. "Enough with this Luddism," he said.

Trump and company seem to think this will stop leaks.