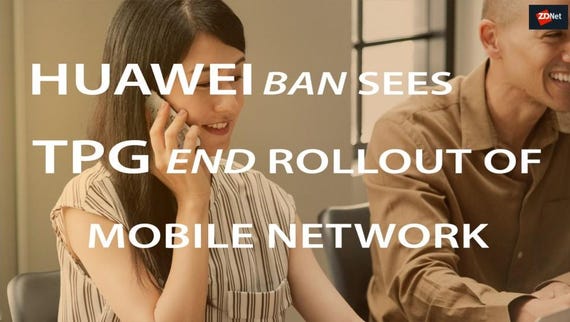 TPG has revealed its net profit for the 2019 financial year dropped by 56% compared to last year, from AU$397.5 million to AU$175 million, laying the blame on the telco's abandonment of its mobile network rollout.

As a result of the mobile network rollout being cancelled, TPG reported a write down of AU$236.8 million of its 4G spectrum licence.

The telco halted its own mobile network rollout following the government's ban on using Huawei equipment for 5G.

"It is extremely disappointing that the clear strategy the company had to become a mobile network operator at the forefront of 5G has been undone by factors outside of TPG's control," TPG chief David Teoh said in January.

The telco also reported a drop in earnings, recording AU$2.5 billion in revenue which is a 0.7% decrease year-on-year, while earnings before interest, taxation, depreciation, and amortisation (EBITDA) was down 2.1% to AU$809.4 million.

At TPG's results presentation, company chief financial officer Stephen Banfield said FY20 is expected to be the telco's peak year for experiencing headwinds from customers moving to the NBN, with the hit estimated to be around AU$85 million.

TPG's consumer business has already experienced the hit from NBN headwinds despite its revenue increasing by AU$23 million to AU$1.7 billion, as consumer EBITDA fell from AU$499 million to AU$457 million due to NBN market erosion.

While TPG's Australian mobile network has been abandoned for now, it said its Singaporean mobile network is still progressing well, with around 300,000 users having signed up to trial the service for free until commercial launch.

It also launched free unlimited roaming for Singaporean users in Malaysia and Indonesia, with free roaming to be expanded to India later this month.

TPG is set to go to court later this month to overturn the Australian Competition and Consumer Commission's decision to refuse its merger with Vodafone.

Speaking to the upcoming court case, Banfield continued to express the same sentiment TPG has shared previously, saying the merger will be the best outcome for consumers, competition, telecommunications markets, and TPG shareholders.

If the two telcos are allowed to merge, it would see Vodafone Australia CEO Inaki Berroeta serve as CEO and Teoh as chair, and would produce revenue of AU$6 billion, EBITDA of AU$1.8 billion, and have an operating free cash flow of AU$900 million.

TPG still delivers on its download speed promises the most often, while Exetel won on upload speeds, Telstra on latency, and Optus on the highest number of daily outages, according to the fifth ACCC report.