President-elect Donald Trump, for all that he uses Twitter daily, doesn't know much about net neutrality. For example, when the Federal Communications Commission (FCC) pushed forward in November 2014 for net neutrality, Trump tweeted, "Obama's attack on the internet is another top down power grab. Net neutrality is the Fairness Doctrine. Will target conservative media."

That statement had two problems. One, Obama was at odds with the FCC on its net neutrality position. And, two as the rise of alt-right, fake news sites such as Breitbart has shown, the FCC's new net neutrality rules didn't touch conservative media.

Be that as it may, the real power over net neutrality rests with the people advising him on internet matters. These individuals are all net neutrality opponents.

We knew the internet was in trouble when Trump named Jeffrey Eisenach and Mark Jamison to advise him on Federal Communication Commission (FCC) matters. These former telecommunications lobbyists and current staffers on the American Enterprise Institute are net neutrality enemies.

Eisenach, formerly a Verizon lobbyist, is on record as opposing net neutrality for years. According to him, "declaring the internet a public utility is not necessary". Jamison, a former Sprint lobbyist, claimed that "net neutrality in the US is backfiring against some of the very people it is supposed to help".

Their real goal is to enable cable companies, telecoms, and big ISPs to profit by controlling pricing. The current FCC Chairman Tom Wheeler wants "the internet to remain an open platform for free expression, innovation, and economic growth". That means making sure all services and websites have equal access.

This isn't easy. As Wheeler told Obama in 2014, "What you want is what everyone wants: an open internet that doesn't affect your business. What I've got to figure out is how to split the baby." Under Trump, his FCC will handle this Solomonic decision by handing the baby over to the telecoms.

We can already see it happening. AT&T recently entered the streaming TV market with DirecTV Now. If you watch DirecTV Now on AT&T Mobility, AT&T won't charge you for streaming. If you watch it on any other network you'll need to pay the usual charges.

This is called zero rating. AT&T isn't slowing down rivals Sling TV or PlayStation Vue. Nor is it speeding up DirecTV Now. Instead, it's making its own video service much more affordable than its competitors.

The FCC was not amused. It sent AT&T and Verizon -- with its Go90 video streaming service -- letters stating that this practice hurt net neutrality by interfering with competition.

Republican Commissioner Michael O'Rielly promptly criticized the move. He threatened that "any potential action the Bureau may be considering can be reviewed and potentially reversed within weeks".

Once the FCC is controlled by Republicans, they are ready to immediately start attacking net neutrality. Current Republican FCC member Ajit Pai, in a recent speech to the anti-net neutrality group Free State Foundation, said, "During the Trump Administration, we will shift from playing defense at the FCC to going on offense". Specifically, "fire up the weed whacker and remove those rules that are holding back investment, innovation, and job creation".

That's good news for the Foundation's main backers: CTIA -- The Wireless Association (representing Verizon, AT&T, and Motorola) and the NCTA Internet & Television Association, the trade group for Charter-Spectrum, Comcast, and all other cable companies. It's not for anyone else whether it's a website, an internet services company, or end-users.

So, under Trump we can expect the following changes. First, ISPs can decide to charge content providers, websites, and users more depending on a site's content. For example, Verizon could charge Netflix more to carry its video traffic. Netflix, in turn, would then charge its customers more.

I picked on Verizon because they've already deliberately slowed down Netflix traffic before the FCC's decision to treat ISPs as utilities. With Trump's appointees in charge we can expect to see more of this kind of deliberate internet traffic jam.

We can also be certain to see ISPs setting up fast and slow lanes for traffic. I expect Netflix, Sling TV, and PlayStation Vue to all be slowed down -- unless they pay a fast lane toll on AT&T and Verizon networks.

The FCC also recently forbade ISPs from collecting your data without permission for ad-targeting. If Trump and his cronies throw these rules out, Comcast, Verizon, and AT&T -- which plan on merging with content companies NBC, AOL, and Time Warner respectively -- can use that data to target you with ads. We already know that Comcast had a plan to force you to pay higher prices if you don't give the company permission to use your browser history.

What all this will mean is that while we'll still be able to read Trump's tweets for free, we'll be paying more for a less private internet under his regime. 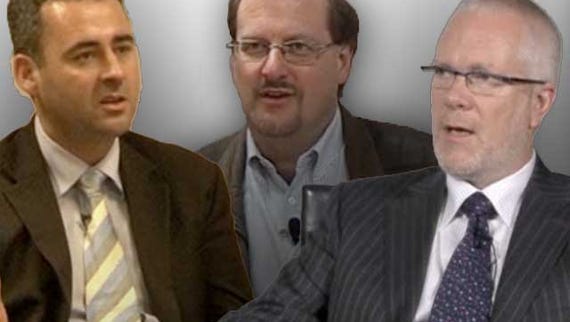