Last week marked the grand opening of a new 5G lab in Germany, as part of a partnership between the university Technische Universität Dresden (TU Dresden) and Vodafone.

The new Dresden-based facility is dubbed the 5GLab, and inside, 20 TU Dresden professors and more than 500 scientists are already hard at work on research that they hope will lead to the development of LTE's successor.

According to TU Dresden professor Dr Gerhard Fettweis, 5G's faster speeds and lower latency will inevitably lead to breakthroughs in what’s known as the internet of things, or what Fettweis called the tactile internet.

"Today, mobile communication is only about moving content from one place to another," Dr Fettweis said. "In the future it will be important to control a wide range of objects in real time, with little human influence." 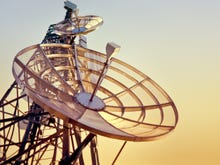 South Korea to invest $1.5B to build 5G network by 2020 The 5G network is expected to be 1,000 times faster than the existing 4G LTE service, and will play a key role in driving South Korea's economy.

To meet these future demands, the lab will focus on how latency can be reduced and speed can be increased in four separate research ares: the cloud, tactile internet applications, wireless networking, and silicon chips.

Although research into 5G is still in the early stages, and the technology is still probably years away from standardisation, it’s speculated that its theoretical peak download data rates of the new technology might exceed 10Gbps. (For comparison, in recent LTE-Advanced infrastructure tests by Vodafone and O2 in Germany last year, this current wireless technology topped out at 225Mbps , in terms of download speeds.)

5G development is currently taking place in all over the world, from South Korea to the UK . In June, Nokia announced that it intended to build a 5G test network in Finland.

The new 5G lab in Dresden is the latest stage of a 20-year old partnership between Vodafone and TU Dresden. Through an endowment in 1994, the mobile communications company launched the Vodafone chair of mobile communications systems at the university, which researches a variety of industry-relevant issues in wireless technology.

Join Discussion for: TU Dresden and Vodafone open the doors to...