The U.S.' dominance in the cloud space may soon be challenged by rival countries, particularly those in the European Union, as the global surveillance scandal threatens to wipe up to $35 billion off the U.S. cloud slate.

A new report by non-profit group the Information Technology and Innovation Foundation claims that Europeans are attempting to nudge away from their American counterparts in a bid to distance themselves from U.S. electronic surveillance and eavesdropping. 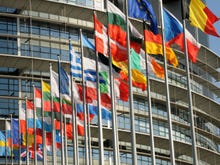 PRISM fallout could cost US cloud industry billions, warns Europe's digital chief US cloud service providers could miss out on business from EU firms because of anger of US government surveillance programmes, warns the EU's digital chief.

While the risk of the Patriot Act was known three years ago and confidence was already shaky in some sectors of the IT industry, now that news of the U.S. National Security Agency's PRISM program, among others, came to light, cloud providers outside the U.S. are stoking the fires once more. By 2016, the global public cloud industry will stand to be a $207 billion industry, with spending expected to rise by 100 percent in the four years from 2012.

It comes just weeks after EU Digital Agenda Commissioner Neelie Kroes warned that European businesses would "rationally" turn away from U.S. companies embroiled in the PRISM scandal, which automated the process of sharing user data with intelligence agencies.

"The United States has both the most to gain and the most to lose," writes report author Daniel Castro, citing job growth and revenue dependent on the U.S. exporting cloud computing services.

The "low end" scenario estimates assumes the U.S. loses about 10 percent of its foreign market to European or Asian competitors, or $21.5 billion over the next three years.

The report notes at this early stage it is impossible to gauge exactly how the U.S. cloud computing market has suffered as a result of the NSA's surveillance programs. But based on surveys conducted by the Cloud Security Alliance during June and July, over the two primary months of news relating to the scandal, 56 percent of non-U.S. organizations said they would not use a U.S. provider in future. (ZDNet's Liam Tung  has more on these figures ).

In concluding remarks, Castro said the U.S. government should "proactively set the record straight," and declassify information where possible and necessary.

"The economic consequences of national security decisions should be part of the debate, and this cannot happen until more details about PRISM have been revealed," the report says.