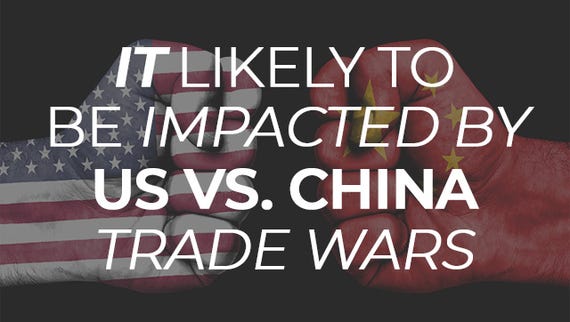 The ongoing trade war between the U.S. and China -- and the latest $200 billion round of tariffs on Chinese goods coming to the U.S. -- are likely to lead to increased information technology costs for enterprises. 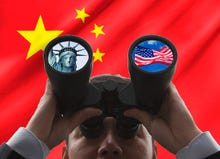 Now it's time to hear from the tech industry.

The latest round of tariffs on Chinese goods include a bevy of non-tech goods. CBS News has what's in President Trump's tariff list and what's out and the Feds have the complete list.

Much of tech affecting consumers has been spared for now, but the latest round of tariffs impact network routers and computer components. The full list covers parts that go into digital signal processing, TVs, monitors and telecom gear.

Simply put, the tariffs on glass, insulating fittings and conduit tubing are going to add up.

We don't quite know how much your router, switch or server is going to go up in price, but we do know some of that cost is going to be passed along to the tech buyer.

Play this out further and the escalating trade war is naturally going to hit the entire enterprise tech food chain. Some areas to watch:

Add it up and I don't see how the tech sector stays out of the tariff fray. What's unclear is how these tariffs will work through the supply chain and ultimately the data center and even cloud services. And the tech sector is likely to see the tariff impact just as businesses are spending in the fourth quarter and consumers are looking at electronics for the holiday season.

The Trump administration is preparing to slap tariffs on an additional $200 billion in Chinese imports, with the final decision expected at the end of August.

Huawei is losing its biggest retail distribution partner as its Android devices lose out on any U.S. opportunity. Here's a look at Best Buy dropping Huawei in context of the broader U.S.-China trade war.

The deal with ZTE was a 'personal favour' to the Chinese president, White House trade adviser Peter Navarro has said, and it boosted 'goodwill' for the North Korea summit.

In the age of Trump paranoia, no Chinese smartphone is safe