The United States will actively carry out a plan to lift bans on high-tech exports to China, which will help ease the trade deficit between both countries. 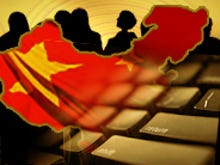 Countries reliant on China for growth in tricky position as latter's rise in IT arena may result in these countries' losing talent, economic opportunities and innovative edge, analysts say.

According to China Daily, Wang Chao, Chinese vice-minister of commerce, said the U.S. agreed to promote high-tech exports to China, especially in civil aviation, information technology and oil and gas exploration for civilian use. The deal was reached during annual bilateral trade talks in Beijing on Friday.

"It is beneficial for both countries to reach consensus on the issue. Technological products from the U.S. accounted for about 18 percent of China's total technology imports nearly a decade ago, but now this stands at 7 percent," Wang said, in the report.

In 2011, both sides signed a plan for the U.S. to ease export controls covering high tech goods, but there has been little progress since in boosting trade in the sector, noted China Daily.