Full Bio
Posted in Between the Lines on January 16, 2015 | Topic: Innovation

Virgin Galactic and Qualcomm believe the future of Internet access is in satellites.

On Thursday, officials from Richard Branson's Virgin Group and US chip maker Qualcomm revealed a new venture dedicated to the construction of a network of 648 satellites which will provide high-speed Internet access worldwide.

According to a press release, WorldVu Satellites -- now operating as OneWeb -- is the source of Virgin and Qualcomm's investment and the companies will work together to bring the satellite network into existence. Qualcomm executive chairman Paul Jacobs and Branson will join OneWeb's board of directors, while OneWeb hopes the appointments will bring in additional interest from other potential investors. 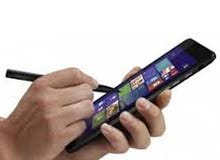 Essential tips to avoid mobile roaming data bill shock Mobile data costs are still a barrier to using your phone abroad -- but how can you limit the expense, or avoid it entirely?

The OneWeb satellite system will include 648 microsatellites designed to provide low-latency, high-speed Internet access to areas that are "underserved" by traditional Internet service providers.

OneWeb says the system will also extend the networks of mobile operators worldwide and will improve coverage across rural and remote areas. To this end, the satellite developer plans to work with local operators to boost Internet coverage. The company also hopes the network can be used for emergency and first responder access in disaster scenarios.

"OneWeb terminals act as small cells with the ability to provide access to the surrounding area via a WiFi, LTE, 3G or 2G connection using an operator partner's licensed spectrum, or only LTE or WiFi on unlicensed spectrum," the release states.

Some of the spacecraft will be launched by Virgin Galactic, which is developing a satellite-delivery service dubbed LauncherOne.

"OneWeb is designing a global communications infrastructure that will enable affordable Internet access to the world's underserved populations," said OneWeb Founder and CEO Greg Wyler. "With the spectrum and technology, coupled with strong partners, we look forward to advancing global connectivity."

As reported by Reuters, the constellation will cost between $1.5 billion and $2 billion to construct.

Last year, Virgin Galactic's well-publicized plans to pursue commercial space travel struck a barrier after the firm's first spaceship, SpaceShipTwo, crashed during tests across California's Mojave Desert -- resulting in the death of a pilot. Despite this setback, British entrepreneur Branson said "Space is hard -- but worth it. We will persevere and move forward together."