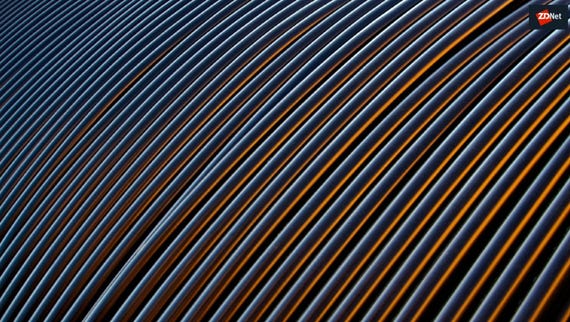 Vocus has said the variable nature of the CVC pricing model used by the National Broadband Network (NBN) is incompatible with the fixed rates paid by consumers, and the economics do not stack up.

"No profit margin after costs to migrate, acquire, and serve, together with backhaul and other admin and operational costs," the company said in its first-half results announced on Wednesday.

The company said NBN pricing was "simply too high", and it was cashflow negative after providing modems and backhaul.

Vocus also pointed to the multi-technology mix of the NBN, saying the resultant inconsistent experience was another pain point.

Consequently, the company said it would focus on selling NBN only where viable, and would shift towards fixed wireless and mobile solutions. Vocus pointed to non-NBN services being simpler with lower operating costs and 5G creating a path for business applications, as reasons for the switch.

"We do not intend to grow NBN share in this market but will focus on optimising the broadband experience for existing customers," Vocus said.

"[Have a] sharper focus on improving profitability across existing customer base rather than 'growth at any cost' approach for NBN."

The company currently holds just under 7 percent of the consumer NBN market.

Vocus said its core competency was fibre infrastructure, and it was looking to double revenue in its networks and services division by 2023. The company added it had sold 3.2Tbps of capacity on its Australian Singapore Cable, while the AU$137 million Coral Sea Cable to connect the Solomon Islands and Papua New Guinea to Australia was on track.

The worst performing group was its business division, which saw revenue drop 27 percent and EBITDA fall 30 percent, followed by its consumer division which experienced a 12 percent revenue drop and a 5 percent EBITDA fall. Headed in the other direction were its network and services and New Zealand groups, which reported a 27 percent jump in revenue and 5 percent revenue boost, respectively, as well as increases in EBITDA of three percent and 11 percent.

Vocus said its business division, previously dubbed Commander, was being hit by the rollout of the NBN as customers migrated off legacy voice products.

"We are strongly committed to the small business market and the Commander brand," the company said.

"After a period of under-investment in this area, we have, in recent months, taken significant steps to reinvigorate Commander, including customer retention programs, new products and pricing, completely refreshed branding, and a revitalised partner and distribution network."

For the full year, the company said it would hit an EBITDA range of AU$350 million to AU$370 million. Vocus reported EBITDA of AU$366 million on revenue of AU$1.9 billion for the 2018 financial year.

Last year, the company announced it had switched on the 40Tbps-capable $170 million Australia-Singapore Cable, with the laying of it commencing in March 2018.

The cable was ready for service sooner than expected due to the SMW3 subsea cable suffering a major outage.

In September, the company announced it would expand its North West Cable System by 60 kilometres to connect Darwin with the Tiwi Islands under a deal with the Northern Territory government.

9.5 million premises are now ready for service, while NBN announced revenue of AU$1.3 billion and negative EBITDA of AU$477 million for the first half of FY19.

Telstra gained mobile customers, but lost revenue due to the migration of customers to the NBN.

Optus has announced a nine-month net profit of AU$431 million and EBITDA of almost AU$2 billion on revenue of AU$6.8 billion.

Vocus will expand its North West Cable System by 60km to connect Darwin with the Tiwi Islands under a deal with the Northern Territory government.

The Australia-Singapore Cable will be ready for service in mid-September, Vocus has announced after switching on the 40Tbps subsea cable system.

Join Discussion for: Vocus getting out of NBN land grab to focus...