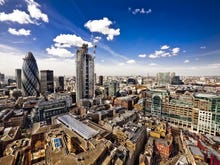 If you're an IT startup looking for funding in Europe, your best bet is to set up shop in the UK.

Of the $1.4bn invested in startups in the first quarter of this year, around one-third was spent in the UK and two-thirds went to IT startups, research by investment bankers Clipperton Finance and Saas software company Digimind found.

While the UK got the most funding in total, the average deal size was more balanced across the continent: in the UK it was $5.2m, compared to $6.5m in Germany and France's $3.7m.

Among the technology businesses landing funding this quarter, consumer internet companies attracted the most investment, followed by cloud and enterprise software firms – the reverse of funding patterns in the US.

"In terms of deal size, hardware & telecom startups enjoy the highest median value with $3.3m per round – twice as much as 'internet & new media'. The lower deal value for consumer internet deals ($1.7m) comes as little surprise considering the fact that internet & new media startups attract most of the seed rounds. Also worth mentioning is the disappointing share of cleantech investments in European venture funding gathering a low seven percent of overall investments made over the last six months," Clipperton said (PDF).

While VC funding for Europe was up 24 percent quarter on quarter, the Old World is still trailing the US when it comes to overall investment volumes: the total VC funding in Europe in the first quarter of the year was four times lower than the same period in the US.

Join Discussion for: Want to get funded? Get to London, get into...