What's with all these Macs on campus?

Macs seem to be everywhere in the media, despite a relatively small marketshare. However, they are also disproportionately flooding college campuses.
Written by Christopher Dawson, Contributor on Aug. 7, 2010

What kind of computer does Jimmy Fallon have sitting on his Late Night desk? A MacBook Pro. On and off 24, Keifer Sutherland uses Macs. 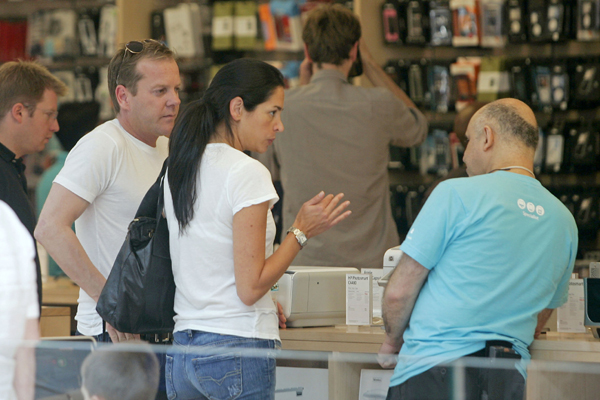 . In fact, according to brandchannel.com, Apples have appeared in 107 top-grossing movies, second only to Ford in terms of movie product placement. It doesn't come as much of a surprise then that close to half of all incoming freshman this fall will have a Mac in tow.

That's right, 50%. Back in my day, I was a little weird for bring a Mac to college. It was one of the earlier PowerPC desktops and my dorm mates wondered what I was doing at a school focused primarily on science and medicine. Now, as Fortune reports,

Originally, Fortune keyed in on a Wall Street analyst who downgraded Microsoft, citing a 70% figure for incoming freshmen. His research, however, was based on a sample from 5 unnamed universities. Fortune's research suggested lower numbers, but still much higher than Apple's overall PC market share (depending on who you listen to, it's generally under 10% in the US). So what gives? Is it all just poor, misguided Millennials responding to some brilliant product placement? I hope not since that wouldn't say much for those incoming freshmen.

However, what it does say is that Macs are sexier and trendier than anything Dell or HP can crank out and, despite the price differential, resonate with students far more than their Windows-based counterparts. They resonate elsewhere, though, too. When Google employees were given a choice of Linux or Mac computers after the company dumped Windows, many employees were unconcerned, as long as they could still have their Macs.

A colleague of mine is a pretty hardcore developer. He also manages to run and invest in a variety of cool tech businesses and is a big open source advocate. Guess what he uses? A Mac. Ivan Krsti?? He switched to a Mac long before he started working for Apple. Tim Bray? Yup. A Mac.

So what's the deal? I know that Windows remains the dominant platform just about everywhere, my much-loved Ubuntu is making some dents (well, more dings, except on the server side where it's getting really competitive with the other Linux flavors that have done so well in the back office), and Android is exploding on a variety of fronts since most folks don't know it's Linux. But Apple is scoring significant mind share among a mighty influential bunch of users, most of whom will be entering the workforce with their Macs sooner than later.

I can understand the siren song of the Mac. Their laptops are light and durable, their desktops range from iMac cool to Mac Pro stupid-power, and they have these little phones and tablets floating around everywhere in spite of a crappy provider. And OS X? It's elegant, speedy, and robust. Quite frankly though, so are Windows 7 and Ubuntu (if in their own special ways). It isn't their attractive business leasing programs (although the options are enough to make me consider Macs for the expansion of my own consulting business since they'd also meet my needs well and suddenly become affordable with the terms Apple offers) since students can't leverage those. It isn't their academic discounts since they amount to a couple hundred dollars at the most and many students head for the Apple stores anyway.

It, apparently, is a magical combination of cool features, great marketing, brand cache, and slick software. This secret sauce may not play well with a lot of IT managers and purchasers (or so sayeth the market share gods), but it obviously works for this year's incoming freshmen, along with a growing group of technology-haves. Talk back if you've bought a Mac recently and tell me why.