<p>Andrew Mager is a hacker advocate at <a href="http://spotify.com">Spotify</a> in New York City.

Who really owns your social data? 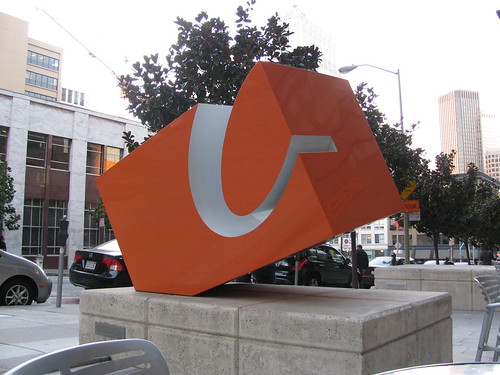 That is the question that will be debated tonight at the headquarters of CBS Interactive in San Francisco, along with many others. 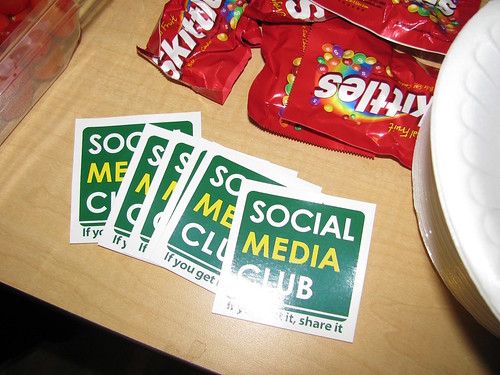 The Social Media Club, headed by Chris Heuer and Kristie Wells, invited a diverse group of techies to discuss the realms of social data. Cathy Brooks from Seesmic is moderating the panel. 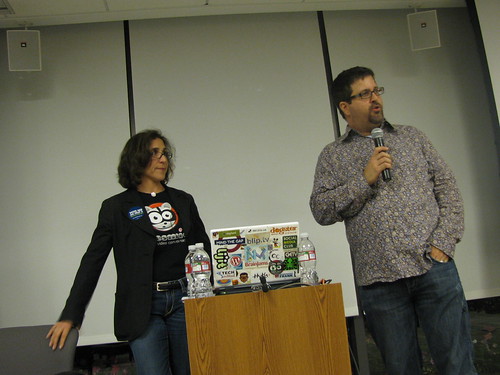 The development of the next generation of the web is at stake. What will be discussed tonight?

“If all you have is a hammer, then the world looks like a nail.” -Heuer

How can we learn, as users of this medium, how we can repackage context and still keep the story moving? How do we keep people up to date on what happened before?

Who owns social media inside an organization? Who is responsible for it? Who gets the credit if things soar into outer space? Also, how do you share that ownership?

Maybe ownership is the wrong word though. Everyone is responsible for social media, right?

Our panelists tonight are Valerie Combs from BuzzLogic, Mike Manuel from Voce, and Jeremy Toeman from LiveDigitally.

Toeman: If social media isn't built into your products, you're doing it wrong.

Can marketing folks be authentic enough to have that emotional connection that is part of social media?

Combs: Regardless of what your discipline, do you understand what these people what and are you willing to make them happy? 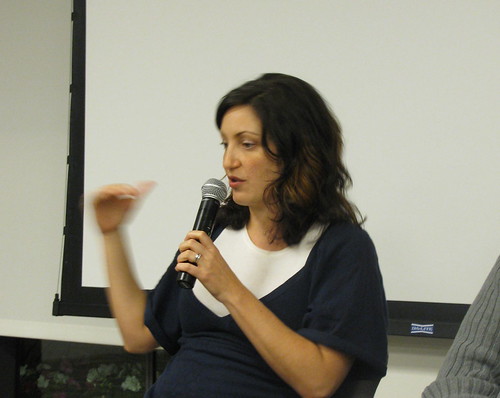 Manuel: We are more inclined to trust our friends or peers than anything that is corporate. We look online for information first now. We have to think about that more.

Certain companies are not using Twitter, but the communities are using Twitter to try and reach them, and there is no answer on the other end. How do you get those people connected?

Toeman: It's important to see where the echo chamber gets to. If you think your product is gonna reach Joe the Plumber, you are probably wrong. It's about understanding which platforms your company can benefit from. 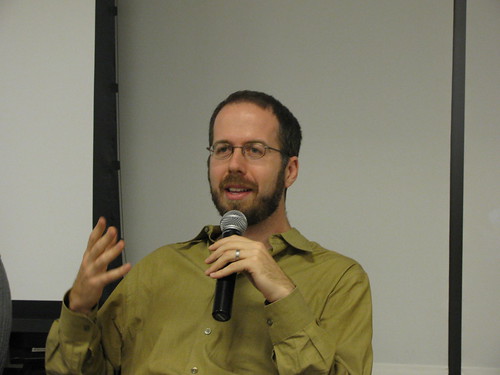 Word of mouth is so essential, but you can't build a whole company on word of mouth. At the end of the day, you need systems that will massively extend your reach.

Combs: There are niche markets like PBS Kids Sprout, which follows a toddler around all day. There is a large, unique audience that is entertained by this. It's basically a community for "mommy bloggers".

The people that love Sprout, really love Sprout. In a few months, they went from zero bloggers to over a hundred.

Manuel: The volume of information that the gaming industry has is just insane. Sony built a Playstation blog that allowed hundreds of thousands of gamers to interact with the company and get support.

Toeman: BugLabs, the LEGO of gadgets, have built an SDK with a social coding platform. So anyone can collaborate with anyone. The actual programming tools have built in marketing tools that is done right; there is no spin, there are no tricks. It's actually useful.

Whatever tools you are going to deploy, it's about developing thick and thin skinned attitudes simultaneously. Every bit of content coming in is handled in an appropriate manner, but you are also thick-skinned enough that you can't be paralized because someone wrote a tweet that says your product sucks. 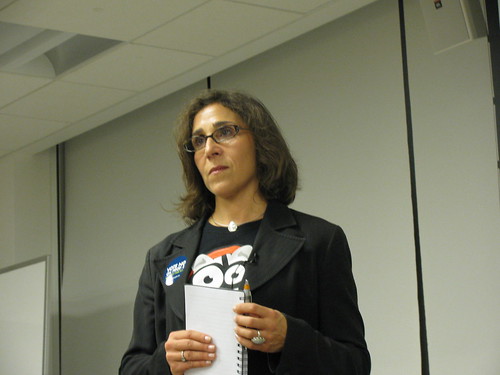 Cathy: You're basically letting the consumer into your house, and you have to be okay with that.

It's about measuring ROI. If you sell camcorders for a living, how much money should you invest in Twitter? It's about spending money on your audience. If they've never heard of it before, don't waste a dime. -Jeremy Toeman

Maybe PR needs to leverage the skillsets that they already have of influencing someone's written word, and the transaction of information will be more natural.

Where is social media taking us in 2008 and beyond? If you're reading this blog, chances are you love the web and how we as people can interact with it. We use the web more and more these days to communicate with friends, and sometimes it's even overwhelming.

Do you own this social data? Maybe we should all just forget about it and have some cake? 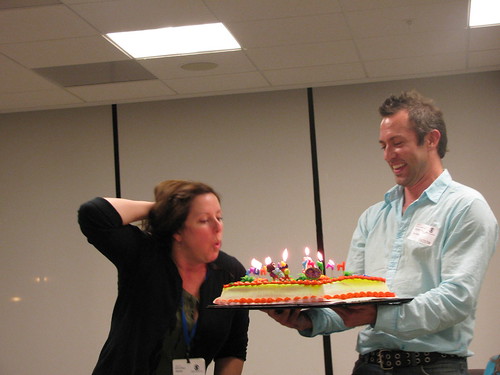