Part of a ZDNet Special Feature: Riding the DevOps Revolution 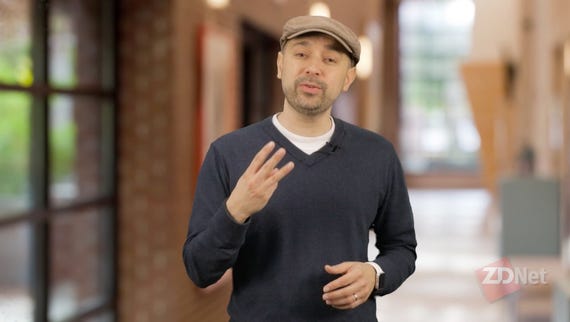 I've never seen a topic in IT become so popular, so fast, while so many people in the field still have only a vague idea of what it is and how it can help them. DevOps promises that it will change the way businesses run their technology stack--shedding old ways of operating that were once efficient, but are now holding back the enterprise.

When you hear DevOps devotees talk about it, they often call it a process or a journey. You'd almost think it was a Zen-like philosophy where enlightenment was a never-attainable goal, but you achieve it by simply getting on the path and making efforts every day.

If you're trying to join the DevOps movement, then you're in luck because it's the subject of this month's ZDNet/TechRepublic special report, Riding the DevOps Revolution. You can read all of the content here on ZDNet, or download it all in one PDF from TechRepublic.

To prime the pump, here's a breakdown of the three most important things you should know about DevOps.

1. It's about moving faster

DevOps is a mashup of "development" and "operations." The main tenant of DevOps is to change the processes in your IT department so that software developers and the IT pros who run your infrastructure work more closely together. As it says in the Smart Person's Guide to DevOps on TechRepublic, "The goal of DevOps is to create a working environment in which building, testing, and deploying software can occur rapidly, frequently, and reliably."

2. It's about better cybersecurity

Because a DevOps approach allows IT to drive changes faster, one of the biggest benefits is security. By spotting and fixing vulnerabilities more quickly and deploying security updates and patches faster, it can significantly lower risks of security threats such as intrusions, data leakage, and ransomware.

3. It's about breaking down silos

IT departments are filled with professionals who are very good at their particular skill or subspecialty--and they sometimes view collaboration and meetings as an inefficient use of their time. It's up to leaders to convince them that working as a cross-functional team can help everyone accomplish their goals better and move the organization forward much faster.

Join Discussion for: Why it's time to cash a ticket to the DevOps...