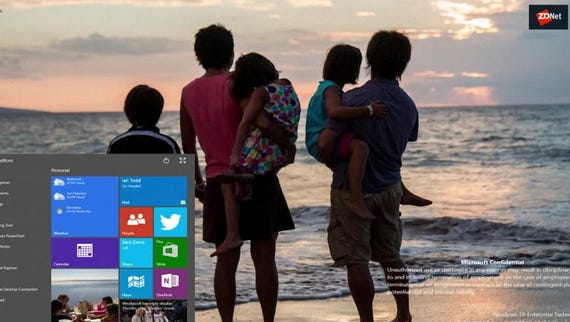 Microsoft has removed a new document explaining the "necessary limitations" of Windows 10 on Arm chips.

The document, 'Limitations of apps and experiences on Arm' appeared on Friday on Microsoft's Windows Dev Center, quickly gaining coverage because Microsoft hadn't yet explained how Windows 10 on Arm would be different to Windows 10 on x86, and what type of performance impact emulation would have on apps.

Microsoft has now killed the page 'Limitations of apps and experiences on Arm', and the URL redirects to the more neutral Troubleshooting x86 Desktop Apps page.

The new page carries across some of the content described in the previous document but with less focus on limitations, such as Hyper-V not being supported on Windows on Arm. Microsoft also removed the table shown below, setting out app architecture types supported on Arm.

The earlier document explained that 64-bit apps will not work on Windows 10 on Arm. Only 32-bit x86 desktop apps work.

Games and apps that use a version of OpenGL later than version 1.1, or require hardware-accelerated OpenGL, don't work. However, Arm does support x86 apps that use DirectX 9, DirectX 10, DirectX 11, and DirectX 12.

Certain types of apps that customize the Windows experience may not work correctly because native OS components cannot load non-native components, it said.

This limitation includes input method editors (IMEs) and assistive technologies. Also, cloud storage apps may not work because they often use shell extensions, such as icons in Explorer, which may fail.

It also noted that only Arm64 drivers are supported, so while Windows 10 on Arm can emulate x86 applications, it doesn't support drivers for other architectures such as x64 or x86.

A table listing issues and solutions has been moved to the troubleshooting x86 desktop apps page, so there are still references to the issues, but without an emphasis on "limitations" of Windows 10 on Arm previously described across six bullet points.

As for apps that customize the Windows experience, Microsoft has posted a new section explaining shell extensions on Arm.

"Apps that try to hook Windows components or load their DLLs into Windows processes will need to recompile those DLLs to match the architecture of the system; ie Arm64. Typically, these are used by input method editors (IMEs), assistive technologies, and shell extension apps (eg to show cloud storage icons in Explorer or a right-click Context menu)."

It also has an updated section on x86 apps that depend on drivers, which must be recompiled for Arm.

"All kernel-mode drivers, User-Mode Driver Framework (UMDF) drivers, and print drivers must be compiled to match the architecture of the OS. If an x86 app has a driver, then that driver must be recompiled for Arm64.

"The x86 app may run fine under emulation. However, its driver will need to be recompiled for Arm64 and any app experience that depends on the driver will not be available. For more info about compiling your driver for Arm64, see Building ARM64 Drivers with the WDK."

Microsoft and Qualcomm are showing off the first Windows 10 on ARM devices, which provide Win32 app compatibility via emulation. Most models won't be available until next spring, however.

Microsoft says that the new Windows on ARM PCs give you the "familiar Windows experience". What does that mean, how does it work, and what can Microsoft actually deliver?

ASUS, HP and Lenovo are the first PC makers to commit to building Qualcomm Snapdragon-based Windows 10 PCs, which will be coming 'soon.'

Join Discussion for: Windows 10 on Arm: It will be more limited...