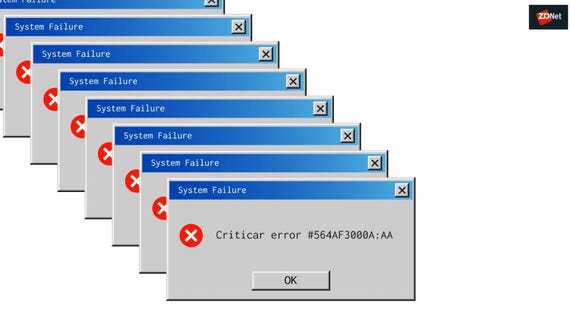 A weird bug of unknown origins has been hitting Windows 7 computers this week, according to multiple reports online.

Windows 7 users have been reporting that they are receiving a popup message that reads "You don't have permission to shut down this computer" every time they attempt to shut down or reboot their systems.

The cause of the bug remains unknown at the time of writing.

For the past two days, users have been scratching their heads for solutions around the problem. The good news is that they've found at least three temporary workarounds and one unofficial fix to resolve the issue.

This section has been updated on Monday, Feb. 10 with new information we received from our readers detailing new workarounds. We're first going to list the two easier workarounds, and then the more complex one.

Step 1: Log off from the current account by pressing Windows+L.
Step 2: Use the red button at the bottom-right corner of the screen to shut down or restart the computer.

Step 1: Press CTRL+ALT+DELETE several times to enter the Task Manager page.
Step 2: Use the red button at the bottom-right corner of the screen to shut down or restart the computer.

A more permanent way to go around this bug has been put forward by several users on Reddit and by IT support firm Quick Heal.

The fix has been confirmed to work by numerous users and goes like this:

Windows 7 reached the official end of life (EOL) on Jan. 14, 2020 and is not scheduled to receive new fixes.

Last month, Microsoft made an exception to this rule when it provided a fix for a bug that broke wallpaper display for Windows 7 users.

Seeing that rebooting or shutting down your computer is a more important OS feature than wallpaper support, Microsoft will most likely need to make another exception and deliver a second post-EOL update pretty soon.