Think about those two concepts for more than a second, and you're already asking when, where, and how many. 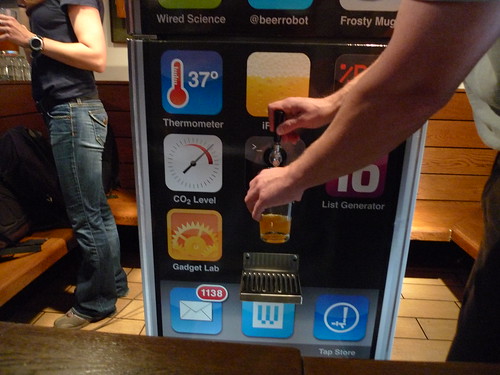 Imagine a kegerator that looks like an iPhone. And there is high-quality, San Francisco-brewed beer inside. And the Wired logo is on it. When Scott Beale announced this event, I knew I had to go and at least take pictures.

The representative from Wired said the robot will soon have live-video streaming abilities, along side a Twitter account that gives updates about how much beer is left in the keg.

Why would you not want to be friends with @beerrobot?

Check out some more photos I took at the event on Flickr.