Payments technology company Worldpay has successfully prototyped a solution that may soon see consumers paying for goods and services without leaving their virtual reality environments.
Written by Tas Bindi, Journalist on May 31, 2017 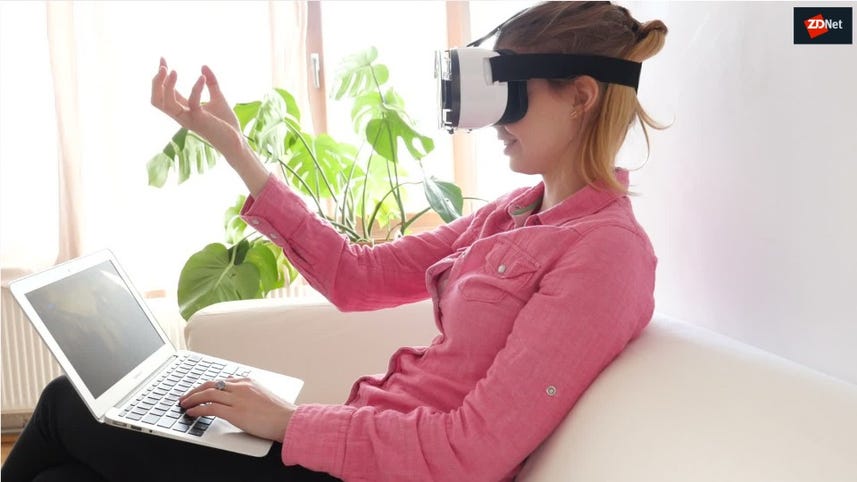 The prototype design uses host card emulation (HCE) to virtualise the purchasing process, meaning that for purchases up to AU$100 in Australia or £30 in Britain, consumers will be able to use a virtual controller to hover their virtual card over a virtual card terminal -- similar to the contactless payment systems Australian and British consumers are now accustomed to.

For higher value purchases, Worldpay has created AirPIN, which allows the consumer to see a range of numbers whilst immersed in the VR environment, and then collect the four numbers that make up their PIN using their virtual controller.

"They don't need put their headset down and key in a pin or key in their card details somewhere else. They stay immersed in the environment. It's an opportunity for there to not to be any breakage in the payment chain. If [consumers can] stay within the virtual reality environment, there's a strong chance the payment will go through," Phil Pomford, general manager for Asia Pacific at Worldpay, told ZDNet.

In addition to convenience, Pomford said the prototype design ensures security, as only the person wearing the headset can see the PIN. The numbers constantly move, so there is no way for an onlooker to guess the person's PIN.

During the 2016 calendar year, 216,000 virtual reality headsets were sold in Australia, almost double the 110,000 predicted for the year by technology analyst firm Telsyte.

Exactly half of the 2,000 Australian consumers surveyed by Worldpay for a study indicated that they would like to use VR in physical stores and retail apps.

However, 48 percent said they would not make a purchase via VR today due to cost of headsets and perceived lack of security; however, they could be swayed if they could use PayPal (39 percent), fingerprint scanning (35 percent), retina scanning (31 percent), or a secret code (30 percent) to make payments.

While VR shopping is still a nascent concept, Pomford said it is "becoming big". He added that retailers of all stripes are adopting or investigating aspects of experiential retail to drive higher customer engagement.

At its 11:11 shopping festival in November last year, Alibaba introduced its shoppers to Buy+, a virtual reality shopping experience. Consumers were able to purchase a cardboard VR headset for about 15 cents, slip their smartphone into the headset, and browse products such as handbags and shoes. They could also have virtual models showcase the apparel on a catwalk.

eBay and Australian retailer Myer joined forces in May last year to create a virtual reality department store in which more than 12,500 products from Myer could be browsed, selected, and added to cart using eBay Sight Search.

Fashion brands such as ASOS and Dior have also been experimenting with VR headsets for a couple of years. In 2015, ASOS had partnered with London-based startup Trillenium to develop an immersive shopping experience; while Dior built its own VR headset.

Worldpay is currently speaking with its merchant base -- which includes ASOS, Digital World International, Expedia, and Freelancer -- to gauge interest in VR and subsequently VR-based payments systems.

An official launch for Worldpay's VR payments solution is imminent in the UK and Australia, though Pomford was not able to disclose a specific date.

"While virtual payments is new, it's not to say that it's not going to be successful. I think if people look back at the concerns around online shopping, 15 years ago people were concerned around storage of card data," Pomford said.

"Even five six years ago the idea of shopping on your mobile phone was probably seen as something quite out there. People have since moved on from that, so I think there is a strong opportunity in the future."