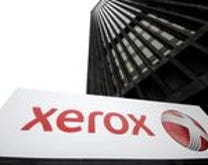 The paper copier pioneer reported a five-percent drop in first-quarter profits and trimmed its adjusted earnings forecast for the year, citing slow growth in its services unit and dwindling revenue from its printing business.

Xerox is expanding its footprint in the insurance sector with news Wednesday that the company has acquired ISG Holdings for $225 million.

By gobbling up ISG and its subsidiaries, Xerox is looking to grow its presence in the area of workers compensation bill review — an industry Xerox Services president Bob Zapfel said generates $60 billion in medical payments each year, equating to 75 million bills in need of financial validation.

Xerox has been investing heavily in its services business, with a significant chunk of spending going toward its push in the healthcare space. Xerox CEO Ursula Burns pointed to extra spending on its government health care business as a reason for the company's flat Q1 revenue.