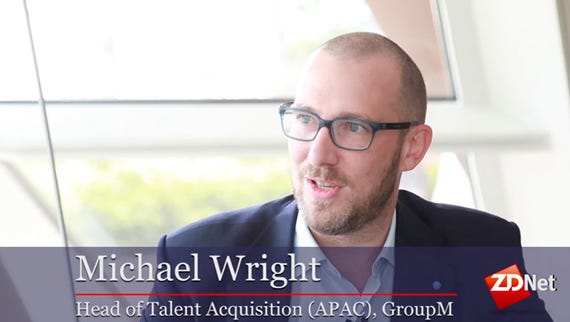 With operations involving over 21,000 employees and 400 global offices in more than 80 countries, it draws success from investing in its human resources and talent acquisition.

According to GroupM's APAC head of talent acquisition Michael Wright, cloud computing and software-as-a-service have both been key value-add enablers in his department.

Cloud has paved the way for big data to drive insights for HR, especially with data across different channels and collaboration tools, Wright said. "The two areas where we use the most software are basically in the area of sourcing, discovery, and attraction of talent; and selection."

For example, one cloud-based tool being used is called Chequed, which uses behaviorial science, and a fact-based predicive approach to help decide who to hire and not to hire, Wright explained.

There is also a proprietary software built from scratch in house called My360, a cloud-based collaboration tool for employee assessment. "Rather than performance management becoming once-yearly, it approaches it in a real-time fashion, managers and employees can get real-time feedback on how they are doing," said the head of talent acquisition.

For a summary of the video, catch the highlights.