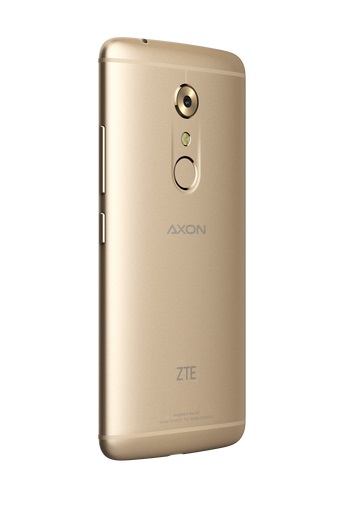 A few days after OnePlus announced a souped-up verson its flagship smartphone, the OnePlus 3T, ZTE is following suit with the Axon 7.

The limited edition phone is available starting today for $499.98 direct from ZTE's website.

The upgraded Axon 7 is the first ZTE device available in the US with a pressure sensitive display, ZTE calls Force Touch. If that name sounds familiar, that's because it's the same name Apple uses for similar technology on the Apple Watch and its Mac trackpads. The same tech is used in the iPhone with the name 3D Touch.

Through Force Touch users gain the ability to press on the screen to trigger various actions. If you press on an app icon it will bring up a shortcut to launch to a specific task within the app. For example, you could Force Touch on the messaging app to display a shortcut to create a new conversation or select an existing conversation.

Also included for the $100 premium over the standard Axon 7 is 6 gigabytes of memory, and 128 gigabytes of storage.