The two new full-metal smartphones in ZTE's Blade family will go on sale in select markets during the summer.

The Blade V7 features a curved-edge glass screen and, according to ZTE, boasts a 78.2 percent screen-to-body ratio. 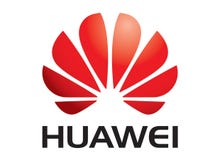 The device is powered by a MediaTek MT6753 processor with 2GB RAM and 16GB onboard storage. It also features a reversible Type C USB port, a 13-megapixel main camera and five-megapixel front-shooter. The Blade V7 comes with a 2,500mAh battery.

The smartphone will be available in Germany, Spain, South Africa, Ethiopia, and Mexico by summer.

The Blade V7 for China has significantly different specs, including a 4,140mAh battery, which supports Qualcomm's latest fast-charging feature. It's also running an eight-core processor and will be using Qualcomm's Snapdragon 617 with 3GB RAM and 32GB onboard storage. It employs a retina scanner for authentication.

ZTE has yet to release full specs for the Blade V7 Lite, except to say that it will have a five-inch display and will come with a fingerprint scanner. Taking a cue from Google's Nexus 6P, the sensor is located on the rear beneath the main camera lens.

This device will launch first in Russia and then will be available in Mexico, Spain, Germany, and Thailand by spring, according to ZTE.

ZTE unwrapped the new Blade devices as it outlined ambitions to sell 60 million to 70 million smartphones in 2016, with a ZTE executive telling Reuters at Mobile World Congress that it was targeting sales growth over 2015 of between seven percent and 20 percent.

The company is stepping up efforts to raise the profile of its brand, announcing a new sponsorship of Sevilla Football Club. ZTE said it plans to have 80,000 retail stores across the EMEA and APAC regions by the end of the year.