Soon you could be buying your goods online from Amazon using the company's own satellite broadband system.
Written by Liam Tung, Contributor on April 5, 2019 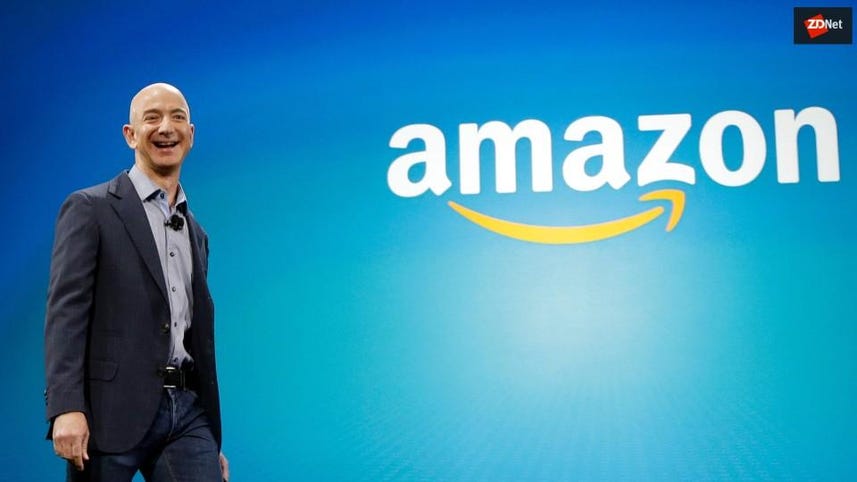 Amazon has plans to establish a constellation of 3,236 satellites in low Earth orbit to patch up areas with poor or no internet connectivity.

Amazon's planned push into satellite-delivered broadband is taking shape under Project Kuiper, details of which appear in three documents filed with the International Telecommunication Union (ITU) last month. The documents were filed by Kuiper Systems LLC.

An Amazon spokesperson confirmed the existence of Amazon's satellite broadband ambitions, noting that it was a "long-term project that envisions serving tens of millions of people who lack basic access to broadband internet".

The company is also planning to partner with other companies to bring the project to reality.

That could make companies in the space-broadband race, like SpaceX and OneWeb, potential rivals or partners. The FCC in November authorized SpaceX to deploy and operate 7,000 satellites in very low Earth orbit to deliver broadband.

OneWeb, which has $2bn in backing from the likes of Airbus, Coca Cola, Softbank, and Virgin, in February launched six satellites with the same ambition. Amazon CEO Jeff Bezos' Blue Origin space venture already has a contract to launch satellites for OneWeb and TeleSat.

Meanwhile, Facebook, Boeing and LeoSat have revealed plans to beam internet from space. Alongside SpaceX's FCC authorization, the regulator also authorized spectrum in the US for both TeleSat's and LeoSat's space broadband systems.

Should Amazon's plans come to fruition, its satellites would provide about 95 percent of the world's population with coverage between latitudes 56 degrees north to 56 degrees south. The two parallels circle the Earth at about the latitude of Sweden and below Australia.

Amazon will still need to get approval from the FCC and other regulators around the world to move forward with Project Kuiper.

Satellite internet today is typically very expensive. However, there is hope that satellites in low Earth orbit will be cheaper and offer lower latency.

Amazon said it would "of course look at all options" when asked whether Bezos' Blue Origin would have an edge over others for launching the Kuiper constellation.

More on satellites and the internet