ACCC to authorise and oversee the working group that will coordinate financial support and congestion strategies.
Written by Chris Duckett, APAC Editor on March 31, 2020 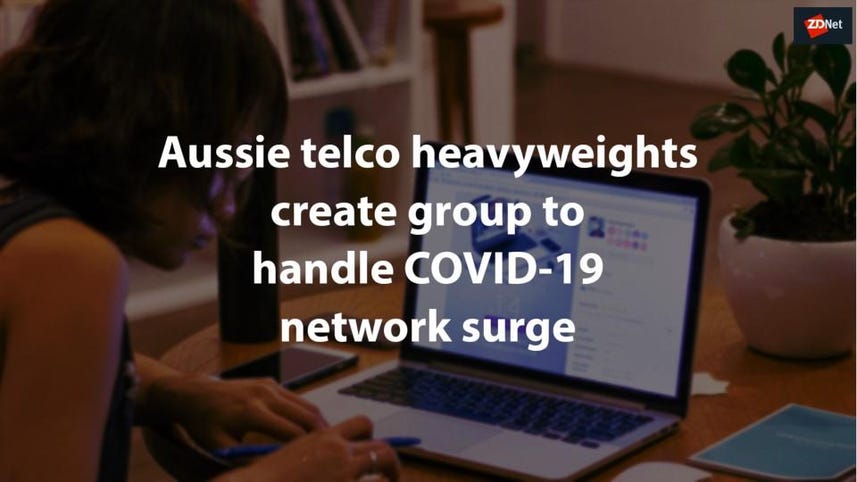 The Australian Competition and Consumer Commission (ACCC) has granted an interim authorisation for NBN and five retailers -- Telstra, Optus, TPG, Vodafone, and Vocus -- to create a working group to handle network congestion and coordinate financial support during the coronavirus pandemic.

The group was formed over the congestion issue following a request from the Minister for Communications Paul Fletcher to NBN, with NBN and the five retailers also seeking authorisation to coordinate financial support for consumers and small business customers.

The ACCC will be classed as an observer of the group, with any decision taken to be reported by NBN to the ACCC and retailers that are not part of the group. The ACCC said authorisation could be revoked at any time.

In its application for authorisation, NBN sought a six-month approval beyond its standard network delivery objectives, to give greater or priority access to groups such as health and education centres, the elderly, or vulnerable people in rural and remote areas; the ability to restrict the supply of "certain hardware and services" depending on location or certain customers or customer groups; as well as to be able to share generic customer information, demand forecasts, and logistics information.

The application was needed as the proposal would violate clauses of Australia's Competition and Consumer Act.

"Online services and connections are now more important than ever, as Australians seek to stay productive and engaged, undertake home schooling, telehealth, and access other services. The ability to do all this will also assist people to comply with increasingly strict social distancing measures," ACCC Chair Rod Sims said.

"As it has with a number of industries already, the ACCC stands ready to assist telecommunications providers with approval of any coordinated measures that are urgent and necessary during this crisis."

"At no point do we expect daytime usage to exceed night-time usage, and all the information we're receiving from overseas is indicating similar," Britt told ZDNet at the time.

"We do expect evening peaks to increase, possibly up to 40% going on international data. Given we already have a customer base skewed towards heavy streaming, we believe we're reasonably well set-up to deal with increased evening load, and we've implemented the extra CVC provided by NBN in preparation."

Earlier in March, NBN announced it would provide pricing relief to Australian telco retailers by allowing them to increase the amount of capacity they purchase by 40% at no additional charge for a period of at least three months.

In the past week, the ACCC has allowed similar arrangements with the nation's banks, medicine wholesalers, and supermarkets. The ACCC has also provided approval for medical technology companies to work together to coordinate the supply and potential manufacture in Australia of ventilators, testing kits, personal protective equipment, and other medical equipment needed to deal with COVID-19.