At CES 2018, there's acknowledgement that Wi-Fi networks need more speed and support for multiple devices. Get ready for the futuristic router with eight antennas.
Written by Larry Dignan, Contributing Editor on Jan. 8, 2018 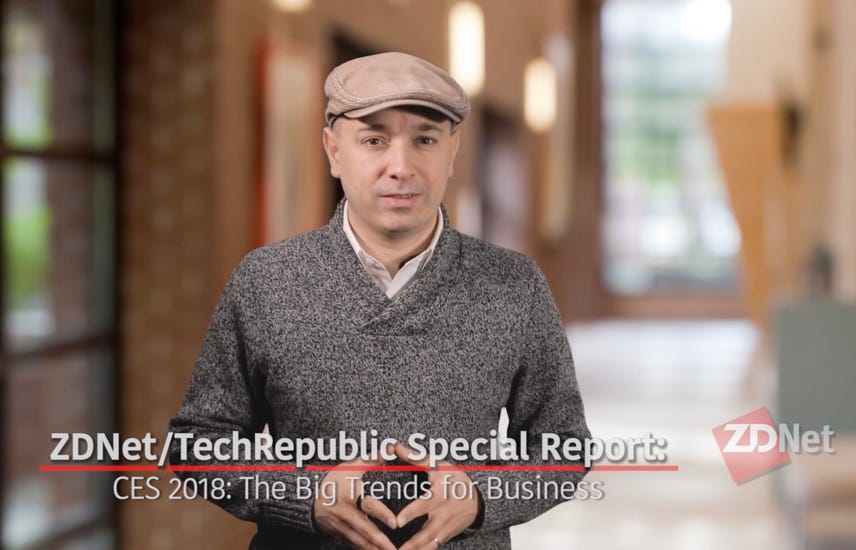 Companies like D-Link, Linksys, and Asus are aiming to give the smart home, small business, and remote office a serious Wi-Fi makeover, as it's increasingly clear that connectivity remains a bottleneck.

At CES 2018, which is the land of smart appliances, digital assistants, and autonomous vehicle hopes, it's worth noting a few Wi-Fi router advances. Let's get real: You can cut off the water and you won't notice for hours. The Wi-Fi dies and there's hell to pay.

That reality is one reason companies like Comcast are spending a lot of hardware and software design hours on Wi-Fi networking.

D-Link rolled out its AX11000 Ultra Wi-Fi router, the DIR-X9000, and claims to deliver speeds up to 11,000Mbps. There are eight antennas and a shape that takes design cues from the Stealth Bomber.

These new routers, which support the 802.11ax standard, have a hurry-up-and-wait reality to them. D-Link's latest won't be available until the second half of 2018, but the bandwidth throughput and ability to handle multiple devices will be key. D-Link is also announcing mesh networking tools.

Asus is launching its RT-AX88U that promises speeds up to 6,000Mbps, and also supports the AX standard. Like D-Link's gear, these routers will be available in the second half and may slip to the end of the year. Current phones and laptops won't work on AX gear, but products will roll out throughout the year.

Add it up and there may be relief for crawling Wi-Fi networks across the home and enterprise. However, you'll have to wait a bit.

Here's a quick guide to how to substantially increase your wireless networking performance on older computers without struggling with drivers or device compatibility.

Verizon wants to give its enterprise customers more tools to automate threat detections on networks.