How Netflix is adjusting network operations during the COVID-19 outbreak

With little clue as to how long the current crisis will last, Netflix's VP of Networks says they're preparing for a "new normal"
Written by Stephanie Condon, Senior Staff Writer on March 25, 2020 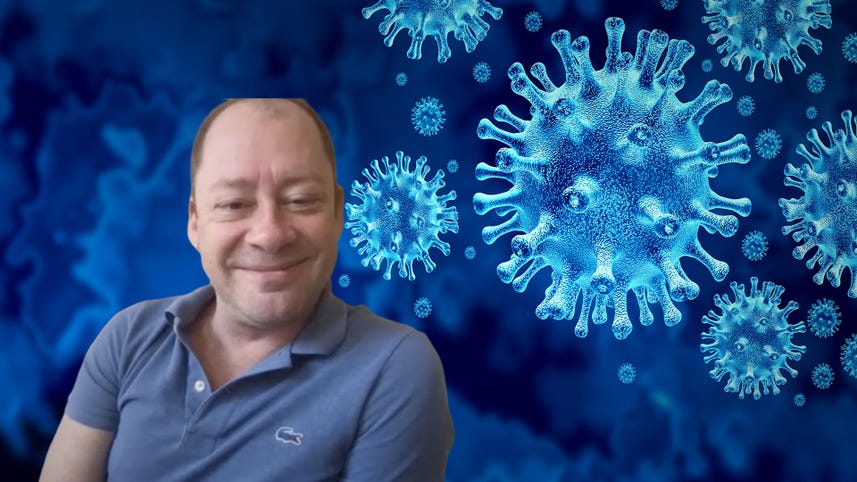 The COVID-19 pandemic has led to surges in internet traffic around the globe, as people stuck at home turn to applications like Netflix to keep them occupied. While keeping up with customer demands, Netflix is changing its operations behind the scenes to adjust to new constraints created by the global crisis. In a virtual webinar Wednesday, Netflix's VP of networks shared what his team is doing to prepare for what could potentially be -- at least for a while -- a "new normal."

"One of the things I've told my team is that I don't look at this as a race, or even a power walk," Netflix's Dave Temkin said during the webinar, hosted by network analytics provider Kentik. "We really don't know how long we're going to be in this mode for."

Temkin's team is responsible for how and where Netflix deploys infrastructure around the world for content delivery, as well as the company's studio and corporate networks, systems and storage. Netflix has relied on Amazon Web Services for nearly a decade now, but it also operates its content delivery network entirely within its own infrastructure.

For Temkin's team, one of the big challenges right now is figuring out how to help content producers work from home.

"Right now, it's not unique to us, most content production is shut down around the globe," he said. His team is working on ways to restart aspects of content production like post processing, visual effects and animation -- "things traditionally not done from home because it requires a significant amount of compute power and bandwidth to move raw encodes around. We're trying to figure out how can we get that operating out of people's houses."

The company has seen some "early success" in that space, Temkin said.

On the content delivery side, "the internet itself seems to be scaling pretty well," he noted.

Netflix recently announced it would reduce streaming bit rates across Europe to take some pressure off of network infrastructure. "We had already been looking into options before regulators reached out," Temkin said.

As the pandemic worsened earlier this year, Netflix also had to deal with supply chain issues, Temkin said. Specifically, his team had to figure out how and from where it would get servers to deploy, given that its primary server manufacturer is based in Santa Clara County in California.

"They got the shelter-in-place order, and we had 24 hours to get as many boxes out of there as possible," he said. "We resolved that by moving some manufacturing elsewhere and some other means. By and large, we've been able to use most of the infrastructure we've deployed. Partners like Equinix have been great in getting cross connect provisioned quickly where we need them, in order to get interconnect beefed up in certain markets."

Temkin said his team has tried to respond rationally to changes in the data center marketplace, making sure Netflix is prepared for whatever comes next without over-reacting.

"We effectively pulled forward our growth plans for what we would've done at the holidays of this year, the end of 2020," he said. "People shouldn't and don't necessarily need to be scrambling."

It's unclear how markets may become constrained as businesses look for more space, power, cloud capacity and other such resources. "I've asked my team to pursue that wherever they can," Temkin said.

That said, he added, "We also recognize there are lot of other things going on that are, frankly, more important than Netflix. We want to be sympathetic to those causes and allow those people who have immediate needs, whether it's e-learning or healthcare... to have the ability to get the capacity they need."

Reining in that sense of urgency, Temkin said, was also critical for keeping his team healthy.

"I want them to feel like we're supportive of them and have the ability to balance life and work right now," he said. "It's important we don't scramble everyone to get everything done right now. This is all super fresh for everyone, and everyone is just trying to figure out the new normal."

Professional Development
How tough is the Apple Watch 7?