The company has joined CommunicAsia for the first time to drum up support for its software framework which enables devices to "speak" to one another regardless of brand.
Written by Ryan Huang, Editor on June 20, 2013 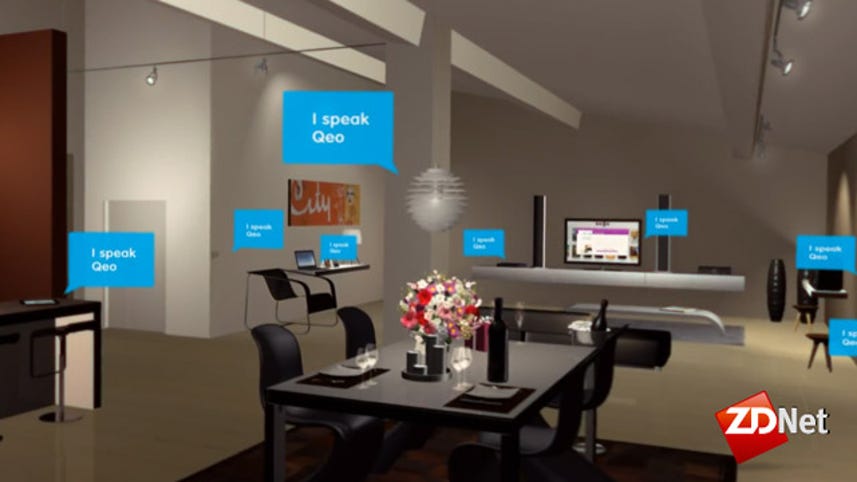 Technicolor is aiming to create an ecosystem of interoperable devices with its recently unveiled software framework called Qeo. Its a move toward The Internet of Things, where all appliances are linked and speak the same language regardless of brand.
The company has taken part in CommunicAsia in Singapore for the first time to drum up more buzz over QEO in Asia after launching it at CES at Las Vegas in January. Technicolor might be more recognized for its post production technologies, but has been branching out to other product segments such as set top boxes and home networking since its acquisition by Thomson in 2010.

Some potential applications include having TV send an alert to your mobile phone when your child accesses something inappropriate. The channel can then be blocked via SMS reply, or the TV content can be accessed on your tabletto see what's really on screen.

Benoit Joly, senior vice president of marketing at Technicolor, said the software development kit is made available for free and has been drawing keen interest from the support of IBM, STMicroelectronics, Seagate, Avanquest, Telecom Italia, and Portugal Telecom.

Existing devices can also be bridged either by linking a set top box, or through the application level.

So far, Technicolor has attracted about 100 interested parties in its partners program launched this week. It expects to begin trials in a selected country by the end of the year.