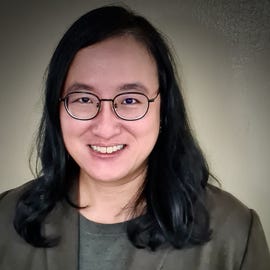 Eileen Yu began covering the IT industry when Asynchronous Transfer Mode was still hip and e-commerce was the new buzzword. Currently an independent business technology journalist and content specialist based in Singapore, she has over 20 y…ears of industry experience with various publications including ZDNet, IDG, and Singapore Press Holdings. Eileen majored in Journalism at The University of Queensland, Australia, where she wrote an honours thesis titled: To Censor or Not: The Great Singapore Dilemma. In her By The Way blog, she covers industry developments in Singapore as well as other Asian markets, and aims to drive discussions about the impact of government regulations and policies.

I yelled in disbelief along with probably half the world when the assistant referee in last week's World Cup game between England and Germany disallowed a goal shot by England midfielder Frank Lampard.Numerous playbacks showed that the ball had clearly crossed the line but the referee's naked eye missed it.