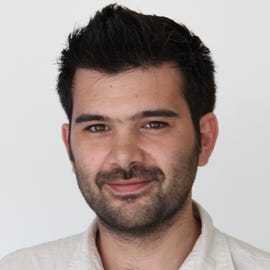 With a psychology degree under his belt, Ben set off on a four-year sojourn as a professional online poker player, but as the draw of the gambling life began to wane his attentions turned to more wholesome employment.With several years' exp…erience covering everything in the world of telecoms and mobility, Ben's your man if it involves a smartphone, tablet, laptop, or any other piece of tech small enough to carry around with you. He's also keenly interested in broadband issues, and has spent more time than strictly necessary testing out a multitude of software packages.Hot tips (no tittering at the back) can be passed along to me at ben.woods@zdnet.com or you can follow me on Twitter @BenWoodsZD, if you can bear intermittent cake and cat tweets.

Asus prepares to lift the covers off Zenbook Infinity ultrabook

Asus will unveil a new Zenbook Infinity ultrabook next month in Taiwan - with glass outer lid.

Telefonica and Dell have struck a deal to provide integrated mobile data connectivity across Europe for some laptops.

HP Pavilion 14-inch Chromebook lands in the UK, but it's no Pixel rival

HP has released its 14-inch Pavilion Chromebook in the UK, but with a spec list that focuses on the bottom line rather than performance, it's pitched as a rival to Samsung and Acer's offerings rather than Google's own premium Pixel.

Although it's visually pleasing and well specified, particularly in the display department, the Chromebook Pixel's premium price tag makes it difficult for us to recommend.

Although it's visually pleasing and well specified, particularly in the display department, the Chromebook Pixel's premium price tag makes it difficult for us to recommend.

A version of Dell's XPS ultrabook aimed at developers is now available to buy in Europe following the expansion of the project outside of the US and Canada, where it went on sale at the end of 2012.

Lenovo has retooled some of its existing ultrabook and laptop models in time for CES to include a touchscreen display, so they can take advantage of some of Windows 8's features.

Acer has a new Chrome OS-based device on the shelves in the UK, priced at just £199. But can it go up against its better-specced but slightly more expensive rival in the form of the Samsung Series 3 Chromebook?

Asus continues to push different form factors with its mobile devices, but the Taichi seems to answer a question that no one asked, and misses the best part of Windows 8 along the way.