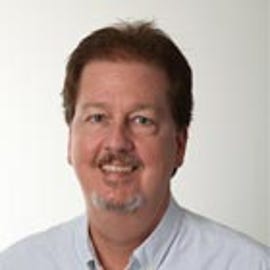 Brian Haverty has been editing and writing on an extensive range of technology subjects for 10 years in Australia but the areas he specialises in are digital publishing and production systems. He has launched a number of print publications …in Australia, including Technology & Business and C|Level, and has served as Editor-in-Chief for the Australian editions of PC Magazine and Windows Sources.

A change in whitehouse.gov

The countdown is on to the moment the whitehouse.gov site is revamped — and, oh yes, the moment that Barack Obama is sworn in as the 44th President of the United States.

What are you reading?

The face of media is changing almost daily; so where will we be in five years' time?

May 31, 2005 by Brian Haverty in Enterprise Software

Who do we look to for that inspiration that will take us to the next level?

May 2, 2005 by Brian Haverty in Enterprise Software

We've got so many productivity tools at our disposal these days that it's a wonder anything gets done.

commentary People have enough trouble trusting what they read on the Internet without having to worry what axe an author has to grind. One of my favourite monthly publications from several years ago was the New York-based and now defunct SPY  magazine.

Getting back to business

commentary Is it time to get back to business or time to come up with more excuses?OK, 'twas the season to be jolly; now we can all get back to being grumpy.

Dell says no to Linux fees

In a 'Meet the Press' session following his keynote address at OracleWorld 2003 in San Francisco, chief executive officer Michael Dell responded to questions on Linux after his rather bullish statements on how Dell was embracing open source. When asked whether the SCO Group's move to secure license fees for the use of Unix in Linux was affecting Dell's Linux plans, Michael Dell replied, "Not at all.