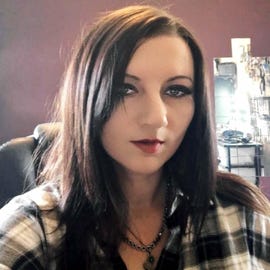 Nokia handsets have risen from the ashes but HMD Global has not forgotten the past, shown here in pictures.

February 27, 2018 by Charlie Osborne in Mobility

October 26, 2018 by Charlie Osborne in Mobility

Here are some of our favorite innovative and fun gadgets and gifts for tech enthusiasts. These are affordable and budget-friendly.

October 18, 2018 by Charlie Osborne in Mobility

What are some of the best apps in the market to help you keep your files organized?

These mobile apps will help you keep track of expenses, stay connected, and make the most out of your trip abroad.

Research on cyberbullying sponsored by Opennet has found that teenager who are 'heavy cell phone users' are more likely to engage in the practice of bullying online, as well as become bullied themselves.According to the survey, mobile devices such as phones, tablets and notebooks that have wireless capabilities can be linked to cyberbullying rates among young people.

January 18, 2012 by Charlie Osborne in Mobility

Are college students dependent on technology?

How long can students go without checking their phone, and how much money do they spend per year on technology?

Out of the thousands on offer to make your life easier, here is a roundup of the most essential Android applications for students.

October 3, 2014 by Charlie Osborne in Mobility

This is how to clean your smartphones, tablets, TVs, and PCs without causing damage.

March 2, 2020 by Charlie Osborne in Mobility

ZDNet lists tech gadgets which can keep you connected, safe, and more comfortable on your travels.