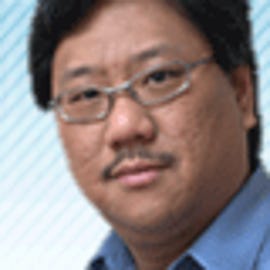 An engineer by training, Edwin first cut his teeth as a cellular radio frequency optimization engineer in one of Malaysia's largest telcos. <br>After more than five years, he hung up his radio engineering boots to try his hand at technology… reporting at <i>The Star</i>, Malaysia's leading English daily, where he won several awards for Best Online Technology reporting. <br>He left to start his own editorial consultancy and is now a freelance journalist for several publications, including ZDNET Asia. <br>A self-confessed gadget geek, Edwin hopes his blog contributions will stir up deeper discussions within the Malaysian technology scene.

So the Mobile World Congress (MWC) has finally come to an end, and here are two stories that I thought were worthy of mention.Firstly, very early on at the MWC, the once king of the mobile phone arena, Nokia, went on the offensive when its combative and outspoken CEO Stephen Elop trained the spotlight not on the Apple iOS ecosystem but on Google's Android, reported ZDNet Asia's sister site CNET.

From virtual, and back again to reality

Companies like Microsoft and Dell Computer, are known for leveraging the Internet. But lately, they are "going physical".

Too early to rule out Microsoft

The ethics of freebies

It's well known now that Microsoft, in collaboration with AMD, gave away some 90 laptop computers with Windows Vista installed, to some lucky bloggers.The other day, I had a chat with CNet blogger, Jeff Ooi, about this.

Microsoft currently has a special promotion for Malaysians who buy from local vendors, that runs through Dec 31, 2006.To get these various bonus packs, all you have to do is buy a branded or non-branded PC equipped with genuine Microsoft Windows XP (Home, Media Center Edition 2005 or Professional editions).

Microsoft is holding the Malaysian leg of the Microsoft Dynamics Solutions Summit 2006 roadshow tomorrow at the Sime Darby Convention Centre in Bukit Kiara.The summit, which carries the theme "Find Your Edge, Master the Dynamics", will showcase four sponsors and 21 Microsoft Dynamics partners exhibiting solutions built on the Microsoft platform.

Will corporate blogging take off here?

%IMAGE=061106_Robert_Scoble_joins_PodTech.jpg% The guy who pioneered corporate blogging, Robert Scoble, recently announced he will be leaving Microsoft to join PodTech, a dotcom start-up that offers podcasts of interviews with technology industry luminaries.